It’s the Australia Day long weekend here, but the actual date (26th January) — which commemorates the landing of the first fleet bearing convicts from England and the raising of the British flag at Sydney Cove — is quite controversial. 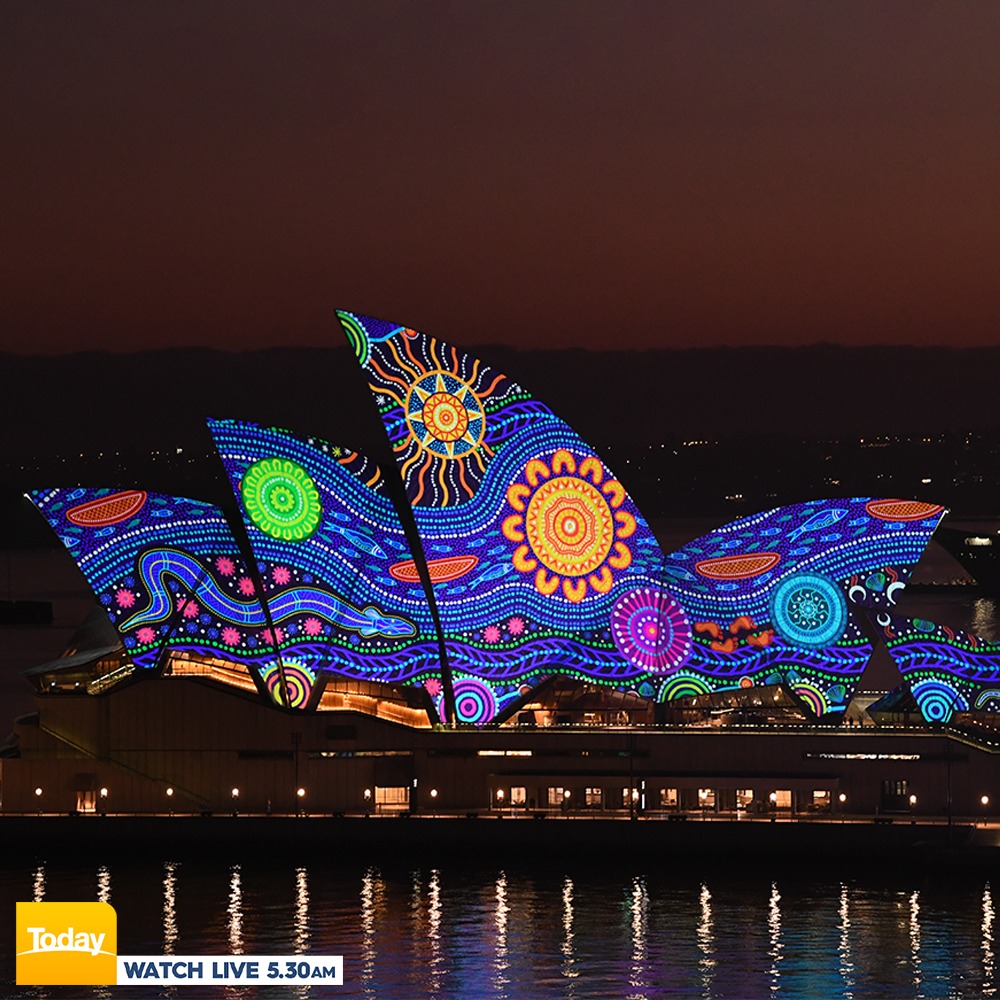 Indigenous Australians call it Invasion Day, and there is much pressure on the government from people of all backgrounds to change the date.

This is what those in charge of the Sydney Opera House did — a nice, not-all-that-subtle message of support for the change of date — and it’s beautiful!

“The sails of the Sydney Opera House have been lit up with gorgeous Indigenous artwork by Kamilaroi artist Rhonda Sampson.” (From FaceBook)

When I was sixteen or so, I started staying overnight at my friend, Fay’s place. She lived with her grandmother during the week, and being close in to the city, it was much better — and safer—for me  than traveling home at night on a tram followed by a one-hour train trip. Her grandmother (who I called Baba, as Fay did) was a little old Macedonian lady and over the years she taught me to cook various dishes. My mother was a good cook, and used peppers in her cooking, but not like this. 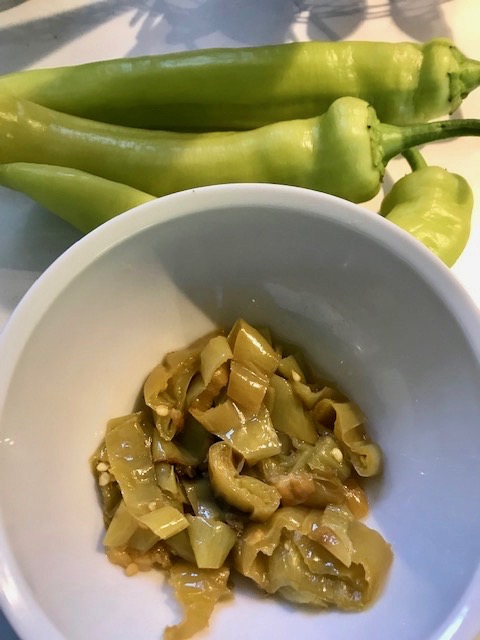 Of Baba’s dishes, one of my favorites is piperki (peppers) fried with fetta and eggs, and every year I wait for piperki season  (which is toward the end of January in Australia) so I can make it.

The peppers I use are the ones Baba  always used and other kinds of peppers just don’t taste the same to me. You can see them in the photo, along with some fried ones in the bowl, waiting for tonight’s dinner or tomorrow’s breakfast. I cooked up a batch of peppers and ate the first half  for lunch and it didn’t occur to me to take a picture of the finished dish because. . . I wanted it, NOW!

It’s very simple to cook — just three ingredients plus oil, and I don’t have a recipe — it’s all “by eye”. I just chop up the piperki (at least 4 per person) and gently cook them in oil until they’re soft, then I toss in an egg (more if I’m cooking for more than one person) and crumble in some fetta, stir it around until it’s cooked and whack it onto a slice of toast. It doesn’t look all that glamorous, but take it from me, it’s delicious — though if you don’t like peppers or fetta, you won’t like this.

Baba used piperki in so many ways —  her back yard had long strings of red and yellow peppers drying in the shade,   and she made a wonderful fiery and vinegary dried pepper soup, and many other things — but my favorite (apart from the dish above) was piperkis grilled over a flame until the skin blackened. I sometimes make this, and then I chop the peeled flesh into large chunks, add garlic and salt and pepper, sometimes a squeeze of lemon,  pack it all into a jar and cover them with oil. They don’t last long because they’re too delicious.

I had planned to put this tale of the Cockatoo I rescued when I was a child on this blog.
But my wench blogging date came upon me, and as I’m madly working on finishing my new book, I decided to put it there.

I’m pretty sure there will be more Cocky tales in future. My friend Cate Ellink took the photos of a wild cockatoo, clowning on a telephone wire, and they brought back so many memories. 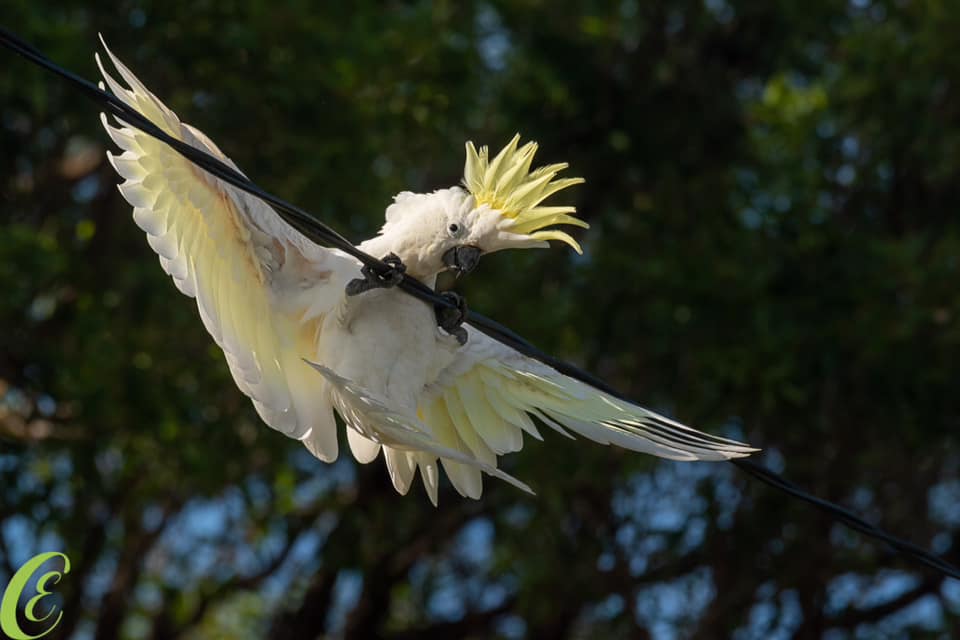