My new book, THE RAKE’S DAUGHTER comes out in a couple of days. This is the prologue, and takes place about ten years before the main story starts. 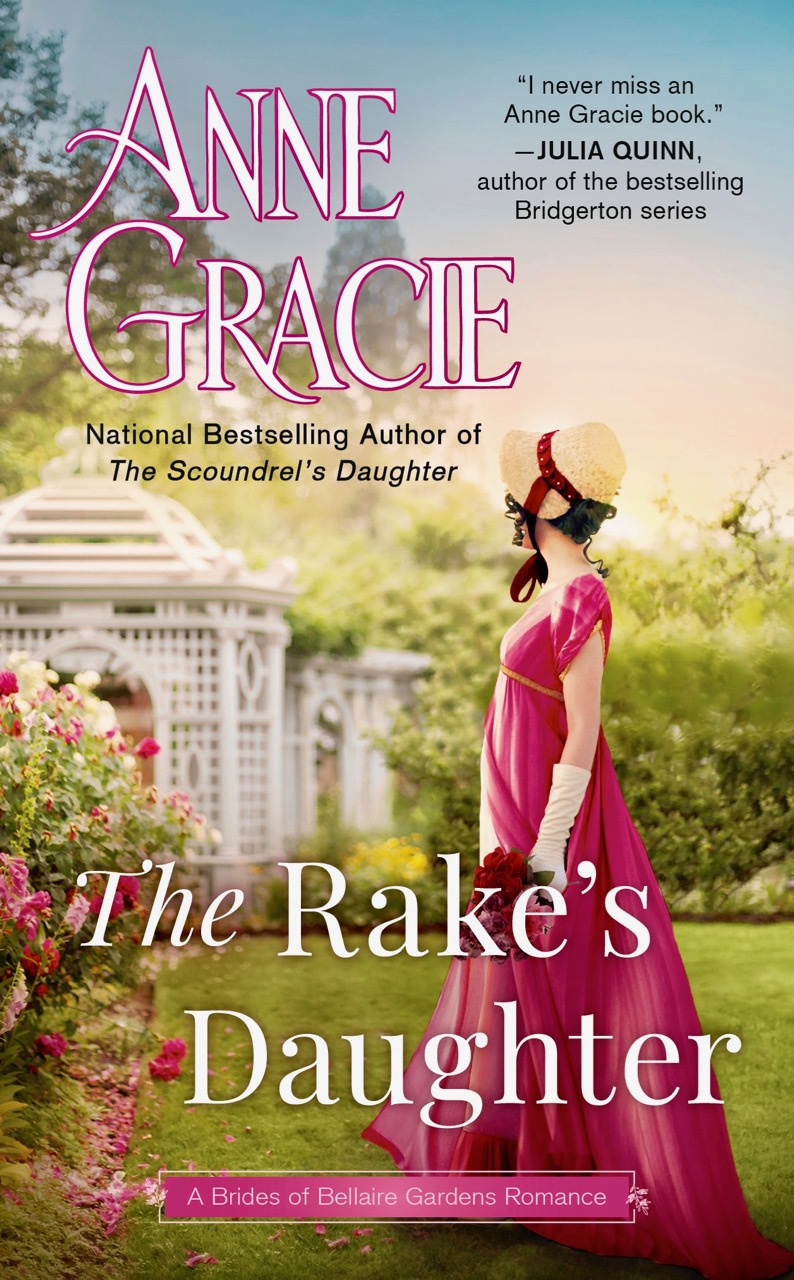 For some reason it doesn’t show up on Amazon’s “look inside” feature — that starts at chapter one, so here, for you is part of the prologue. It sets up the meeting of the two girls, who are the heroines of this book and the next one, which isn’t yet finished. I hope you enjoy it.

For the first eight-and-three-quarter years of her life Clarissa Louise Studley had given nobody any trouble. The servants at Studley Park Manor all agreed: Miss Clarissa was a most agreeable child—quiet, biddable and obedient. No bother at all. You barely even noticed she was there.

But several days before her ninth birthday, she changed. Radically.

And the servants knew exactly who to blame.

The change had come unexpectedly, as change usually did, with the arrival one afternoon of a dusty black traveling carriage. It pulled up in front of the house and a soberly dressed man of about thirty years stepped down.

A Studley Park groom came running but the gentleman waved him off with a curt, “No need. I won’t be long.”

“Don’t move,” he ordered an unseen person inside the carriage. He marched up the front steps and rang the doorbell with a hard yank that set the interior bell jangling horribly. And when the butler answered, the visitor demanded—not asked—to see Sir Bartleby Studley, in quite the same brusque tone in which he’d spoken to the groom. If not harsher.

It was a warm summer’s day and Clarissa was playing in the garden. Nanny, who was supposed to be watching her, had fallen asleep under a shady oak and Clarissa, tired of endlessly bowling her hoop back and forth along the path, heard the carriage arriving and was intrigued. Visitors didn’t often come to Studley Park Manor.

She wasn’t supposed to venture out of Nanny’s sight but, curious as to whom the caller might be, she ran to the front of the house and peeped around the corner. All she saw at first was the traveling chaise with a bored-looking coachman sitting atop it.

She was about to return to Nanny when the sound of voices raised in argument drifted out through an open window.  Papa and a strange man. Shouting.

Her whole attention on the source of the shouting, she crept closer and just as she was almost underneath the window, she stumbled and almost tripped. And stared at the small black-clad girl crouching under the window, almost hidden by the shrubbery, eavesdropping.

“Shhh!” The girl jumped up, clapped her hand over Clarissa’s mouth, and pulled her down into the shrubbery.

Clarissa was about to object to this rude treatment when, her hand still over Clarissa’s mouth, the girl jabbed a fierce finger at the window and hissed, “Listen.”

“She’s your bastard and your responsibility,” the strange man was shouting. “You ruined my sister and disgraced my family, and now that the child’s mother is dead—”

“The child is not mine.”

“She is yours,” the man insisted. “My sister was a virtuous girl until you seduced her.”

Clarissa’s papa snorted. “So you claim.”

“There’s no question that she’s your daughter—wait until you see her. She’s sitting in the carriage—anyone with eyes in their head can see the resemblance. You’ll have to admit paternity then, and you’ll damn well take responsibility for the raising of her. Because I refuse to take on the raising of another man’s bastard.”

“Me,” the other girl whispered back, and when Clarissa shook her head in bewilderment, she added, “It’s something bad.”

Clarissa glanced at the black clothes the girl was wearing. Was that because she was bad? She didn’t look bad, but the clothes weren’t very nice. “That man said you were Papa’s daughter.”

The girl nodded. “He told me that, too—that he was bringing me to my father. He says he’s my uncle—my mother’s brother—but I think he hates me.” She pulled a face. “Sounds like they both hate me.”

The girl turned her head and stared wide-eyed at Clarissa. Clarissa stared back. The girl didn’t look much like Clarissa, with her dark curly hair and brilliant green eyes, but she did look a lot like Papa. 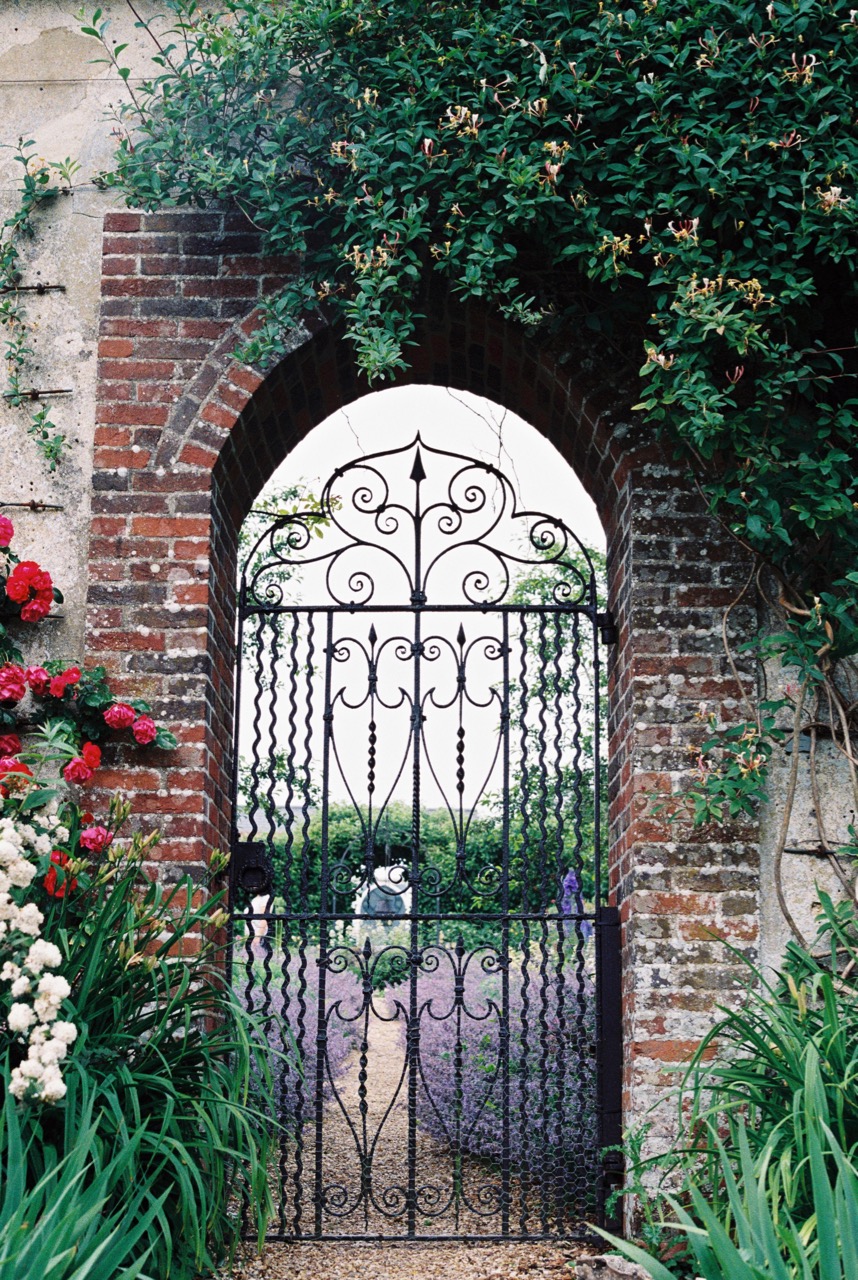 “Well, I’m not taking her back with me,” the words came from the open window. “I have a decent respectable family to worry about, and I won’t pollute them with a bastard child. She’s yours—you can do what you damned well like with her.”

Clarissa heard her father say, “I’m off to London this afternoon. I’ll dump the brat in the first orphan asylum I come to.”

The two girls exchanged glances. An orphan asylum? Clarissa had heard about them. Betty the little maid-of-all-work had come from an orphan asylum and every time she made a mistake—even a small one—she was terrified she’d be sent back.  Papa was going to put this girl—her sister?—in one of those places?

Suddenly she knew what to do. She grabbed the girl’s hand. “Quick, come with me. I’ll hide you.”

Hand in hand the two girls took to their heels, running like rabbits to Clarissa’s favorite place in all the world—the old walled garden.

THE RAKE’S DAUGHTER is available in paperback, e-book and audio. You can buy it at most bookshops and e-book retailers. Go to your usual bookseller, or try these links:
Universal buy link for e-books:
The Book Depository, which posts paperbacks all over the world at no charge.

I am looking forward to getting this series. I have enjoyed your books for ages. Gill Hanhart in the United Kingdom