When I first called myself a writer

When did you first call yourself a writer?

On the Word Wenches blog (where I blog every fortnight) Mary Jo Putney wrote this piece about how she became a writer.

And it started me wondering about when I first thought of myself as a writer. I’ve written all my life — letters, silly poems (that I called pomes), short stories, songs etc, and things for school — short plays and skits for kids (and teachers) to perform. But it never occurred to me to write books, because somewhere in my childhood I’d decided books were written by rare and wonderful creatures that lived in a magic land — or something. (Photo by my friend Fiona McArthur) 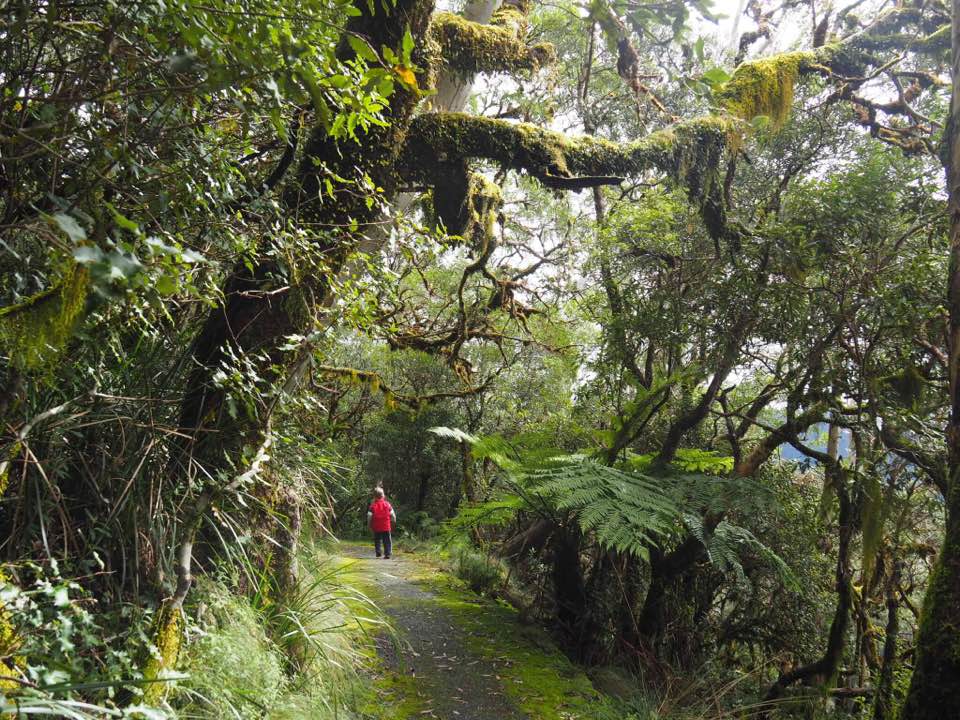 And then I started working with a guy who turned out to be a newly published writer, and I thought Huh! Well, he’s no unicorn. And I read his book, and thought, huh, maybe I could do that.

It got me thinking seriously about writing for publication. The following year, I went backpacking around the world on my own and, being alone and often in countries where I didn’t speak the language, I found stories spinning in my head. So I bought a notebook and started writing them down.

I came home at the end of the year with a number of filled notebooks, full of ideas, stories and scraps and at least one novel — and a determination to seriously pursue a writing career. Even then, I might never have prepared anything to send to a publisher — I never learned to type and that seemed like a real barrier — except that a friend sent her little Macintosh computer for me to “mind” while she was away. 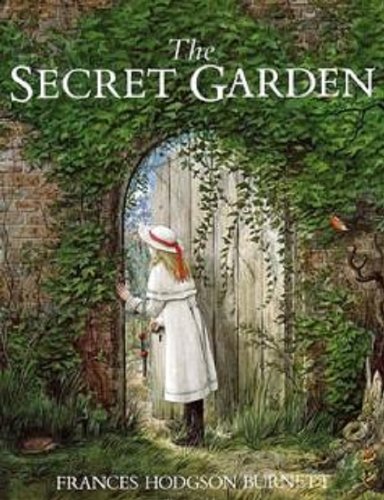 The idea was that I would learn to use it — me, the luddite! But I kept getting post cards from her mentioning the computer and asking how I was going with it. So it was pure “fear of embarrassment” that caused me to haul it out of the box, set it up and start poking around. And it turned out to be amazingly user friendly and intuitive, so that even a computer-resistant person like me could use it with ease!

So I bought a Mac and started seriously writing for publication. (Though I never did type up any of those stories in the notebooks.) I loved that I could make typos, and then fix them without retyping a whole page, or having pages heavily weighted with white-out. It was magic.

In those days, I never called myself ‘a writer’, even though I was writing a lot, because a writer is a job, not just an activity. After all, I clean and garden and cook, but I don’t call myself a cleaner or a gardener or a cook.

But also I was a bit shy about telling people what I was doing. I mean, if you say “I’m writing a book,” from then on they will ask you about it, and after a while it will become “Haven’t you finished that book yet?” or “When are we going to be able to read it?” As if rejections weren’t a normal part of most journeys to publication.

And there’s this line in a Yeats poem: “Tread softly because you tread on my dreams.” But some people tread happily wearing hob-nailed boots.

So I waited until I was published. And once I started calling myself a writer, the questions from non-friends went like this: “You’re a writer eh? So have you ever been published?” Said in the kind of cynical voice where the subtext is “How pretentious, to call yourself a writer,” and the expectation is a shamed admission that no I haven’t been published.

But then when I said I had been published, the next question was, “Will I have heard of you?”
Probably not.
“So what do you write, then?” 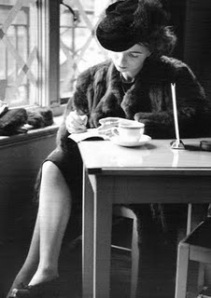 And when I said I wrote romance, the reaction was “Oh right, so you got the formula” — the subtext being I wasn’t a real writer. And there was never any point in explaining that there was no more a formula for romance than there was for crime novels — although I did try — because they simply didn’t believe it. I was just trying to pretend I was a real writer.

I’ve had more than 20 books published now, with translations into eighteen other languages, and I’ve made my living solely from my writing for years now, but some people still ask me, “When are you going to write a real book?”

But I don’t care any more. I write real books for real people and I love what I do and I have a host of romance-writing (and other genre-writing) friends and so who cares what other people think?

And I still write in notebooks a lot, and sometimes in cafes and libraries, though not looking quite so elegant as the woman in this picture.

My specialty is the letter of complaint. I wouldn’t call myself a writer, but if the situation calls for it… Call yourself what you will and express it in interpretative dance if it suits. I am still giggling over the stealth run for pizza.

Marianne, a good letter of complaint can be a thing of beauty. ;) And you have to start somewhere.

Glad you persisted .My reading life would be bereft without your wonderful stories that can transport me so easily and reliably. I have especially valued them during these COVID times when comfort and romance is so needed. X

Thanks so much, Deanne. These Covid days are difficult aren’t they, and escaping into a feel-good book is so necessary. I’m glad you’ve enjoyed mine.

Just to say, your various books and series have brought me many hours of reading pleasure – I love the characterization, dialogue, wit and fun of your books and the stories. Witty Regency romance fiction trumps most other genres if you ask me!

Patty, I’m so pleased — thank you. I find it interesting that of all the various historical eras, the Regency is the one that is most associated with humor. I suspect Jane Austen started that (though she was writing contemporaries) and then Georgette Heyer firmly put the stamp on humor-in-Regencies and so it became. It’s one of the reasons I love them, too, Heyer being my original inspiration.

Like Deanne said. I am so glad you persisted. I love the humour and dialogue in your romances!
It is a long process though huh? From the first chapter through to publishing. And so many steps and complexities!

Hi Vicki, it is a long process. But the self-publishing journey is busier — more things I have to do — but it will be quicker from finished book to it going on sale. Lots to learn though. I am by no means giving up on traditional publishing though. I have just put in a new book to Berkley — the first in a new series — and it will be out in September 2021. No title yet — my editor and I are still discussing that.