The seasons in my corner of Australia are not as marked or dramatic as those in the Northern Hemisphere. Our native vegetation is beautiful, but subtle —many shades of green and grey-green, and the only trees that change color in autumn and lose their leaves in winter are exotic species. 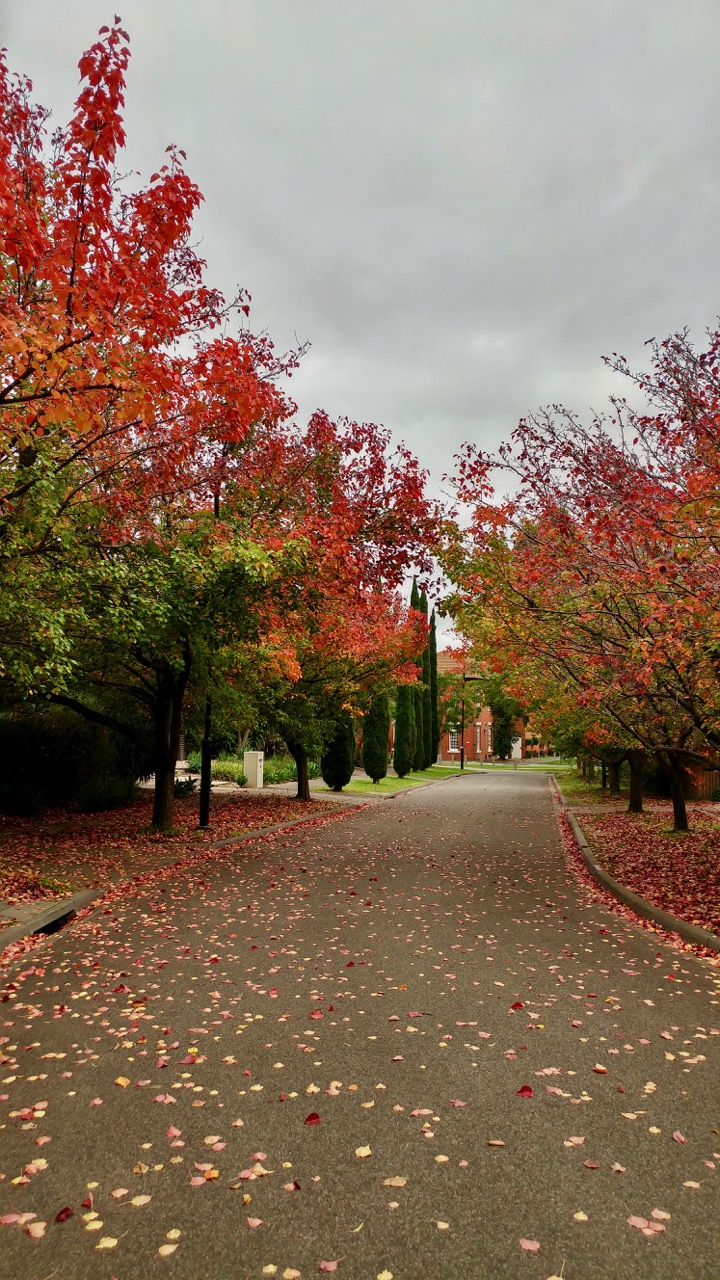 ‘Exotic’ meaning they originally came from other countries and are non-native to this one — Japanese maples, ginkgos, liquidambers, ash trees, poplars and so on. Mostly they’re from the other side of the world. They were originally brought here by people nostalgic for the kind of trees and foliage and flowers they grew up with.

Not for us whole forests of glorious autumn color. In the country amidst all the soft grey-green, you might spot an old farmhouse and a line of golden poplars, and you can be pretty sure they were planted by early colonists, planting something that reminded them of home.

So we often get rather excited by bright autumn colors. And when a friend of mine recently went for a walk in her neighborhood, she raced back to get her camera to take these photos. And shared them — thanks, Kalli.

The main plant in my garden that gives me glorious autumn color is my Virginia creeper, and this year it has been more spectacular than ever.  The photo below has not been touched up or filtered at all. It really was that crimson. I say was, because it’s almost gone now. 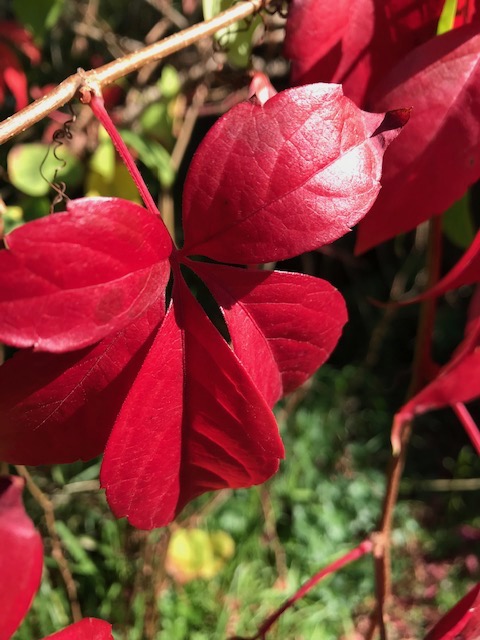 The older suburbs are the generally the ones that have the best autumn color, as they’re planted with mostly exotics both in people’s gardens and in the streets. But in some areas (like mine) when an old street  tree comes down, they are being replaced with native species. Many local councils are planting with natives rather than exotics these days for the environment, for the birds and native creatures, and I support that.

In my area, since the policy of planting with native trees over the last few decades,  there has been a visible increase in the number and variety of native birds, especially lorikeets (small colorful native parrots.) But more of that another day.

But in this time of isolation, what a treat it is to walk the streets and enjoy an unexpected vista of autumn color. 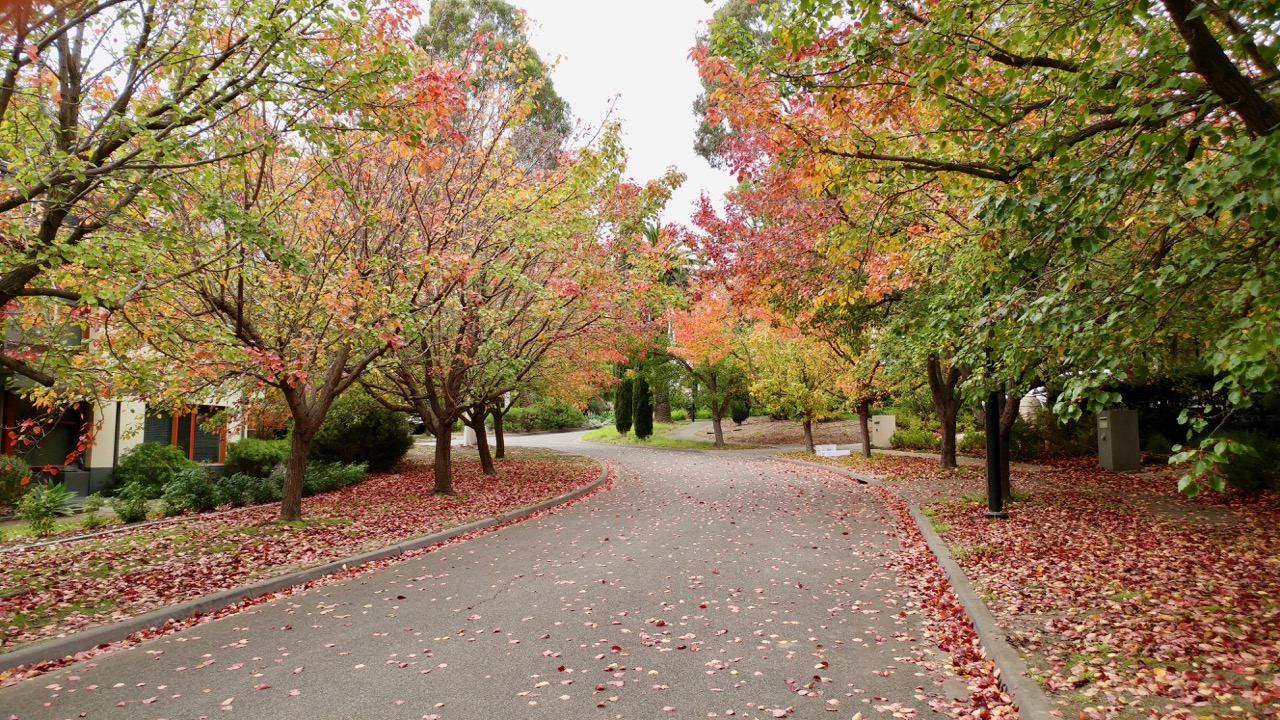 Autumn is my favorite season. The colors are glorious and the cooler weather is welcome. It is understandable that people would want to bring a piece of home with them, but the change in the ecosystem isn’t always favorable. Even decorative plantings of exotics can disrupt things in ways not anticipated. In many cases they force out native species. For you, you have noticed the birds coming back to neighborhoods with native plantings. It is a delicate balance to maintain between keeping things as natural as possible and adding in beautiful exotics. Thank you for sharing these pictures.

Thanks, Patricia. You’re so right about the balance in the ecosystem being disturbed. Whenever I read a science fiction story about people colonizing a new planet and taking plants and animals with them I cringe. So much Australian indigenous wildlife and plant species has been eradicated — mostly unintentionally, through ignorance.
I’m guessing you’re now heading towards Autumn soon. Me, I have daphne out.