A snippet of Christmas past

When I was seven, we went to live in Scotland, just for a year, because of my father’s job.  It was a magical year in so many ways for me, with a lot of “firsts” — snow, deer, Scottish schooling, and much more. I will never forget my own “secret garden” moment — I wote about it on the word wench blog and you can read it here. 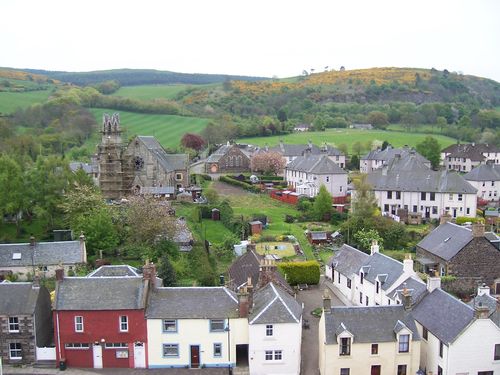 We lived in a small village with a Pictish tower, and the house had an attic, which I thought was magical. Attics had featured in a lot of my childhood reading but nobody I knew in Australia had one — most of the houses in Australia back then were all on one level.  So to have an attic, possibly with a ghost, definitely with all kinds of dusty treasures, and with slanting windows set into the roof, was very exciting. (BTW in Marry In Scandal, when Galbraith as a little boy used to stand and stare out over the rooftops — that was me, in my house in Scotland, drinking up the magic of being in an attic.)

We did a lot of travelling that year. We had a caravan and every second weekend Dad would hitch up the van on Friday after work, and we’d head off to some part of the British Isles. Australians are used to driving long distances, so it seemed quite normal to us, but the local people were quite stunned that we’d been to Land’s End, or John O’Groats (which are on the southern and northern end of Great Britain) or somewhere in between — just for the weekend.

At the end of that year we were returning to Australia. Our school year starts at the end of January, so we left Scotland at the start of the Christmas break and headed for London, where my mother’s uncle and aunt were living — Uncle Neil and Aunty Ella — to join them for Christmas. 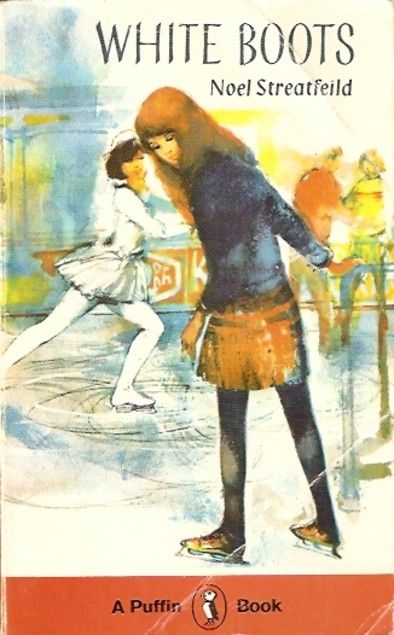 I’m sure we had a wonderful Christmas — my grandmother was a superb cook and I’m sure Aunty Ella (her sister) was too, and they had a beautiful house, and would have had a lovely Christmas tree and decorations, but I have no recollection of any of it. Not one thing.

For me, aged almost eight, everything was eclipsed by one present — a pair of roller skates. They weren’t “white boots” — the ice skates from a Noel Streatfield book I loved — they were the strap-onto-your-shoes type, and much more practical for a growing child and one, moreover, who would never see ice for skating in small town Australia, where we would be living.

That Christmas day in London was damp and drizzly, but that wasn’t going to stop me. There were footpaths all around and I was itching to try out those rollerskates. So out I went, with my older sister to catch me when I fell, as I did often. But I lurched and swayed and stumbled along those wet footpaths until that magical moment when suddenly I “got it” and I was off and speeding along. Utter bliss.

There are photos of that day, but they’re slides, and I have no idea where they are.  Still, the memories are still very fresh.  I suspect I had to be dragged inside when it started to get dark, and I do remember I was drenched and muddy and was thrust into a hot bath and scolded for letting myself get into such a state.

But did I care? Not a bit. I could roller skate!

I loved reading of your Scottish childhood, especially the attic, but the highlight of your blog was, for me, seeing the cover of “White Boots”, which immediately took me back to my childhood and another of Noel Streatfield’s books that I loved, “Ballet Shoes”.
Wishing you all the very best for Christmas. I hope it is filled with family and fun and lots of good cheer.

Shelagh I loved Ballet Shoes too — I think that was the first of hers that I read. All the best to you and Bob (and the animyles

Thanks. And to you too.

What a lovely memory

Thanks so much, Helen. All the very best to you and your family for 2019. (Sorry about the late reply — my website was down for around a week and I couldn’t get in.)

Dear Anne, Happy Xmas. I was texting you a long message but lost it! Never mind, It was a tale of woe anyway.l am still reading your books and enjoying your skills with each new one. Keep writing and Happy New Year!

Sorry about the lost message, Margot. My website was down for about a eek, so I understand the frustration. I’m so pleased you’re enjoying my books– thank you! All the best for 2019

Thanks so much, Heather. I hope your Christmas was happy — sorry about the late response — my website was down for almost a week. All the very best for 2019.

I, too had a pair of strap on skates. With a metal key for adjusting them. There was a sidewalk in front of my house that had a bit of a hill and a curve around the corner. Made for fun times and a few skinned knees!

Martha, wasn’t it fun? And yes I had a few skinned knees until I was proficient. The irony was, our house in Australia was on a steep hill with no sidewalk and I had nowhere to skate . . . until a skating rink opened.