When the hero arrives

I love the moment in a story when the hero arrives. When I’m writing it, I sometimes have a clear idea of what the hero looks like, and other times I find a photo on line that hits the spot. Often it’s not the physical appearance that is my hero, but something else that strikes me, a tone, an expression, a feeling that the image gives me.

In MARRY IN SECRET, the hero, Thomas appears in a dramatic stop-the-wedding moment.

Here’s a short excerpt — and here’s the image I thought was quite Thomas-ish. You can see that it’s not an exact description of this image of Viggo Mortensen—no broken nose, a beard, but not a really heavy one, and so on  — but it’s an evocative image and it suggested the feeling of my Thomas to me.
What do you think? 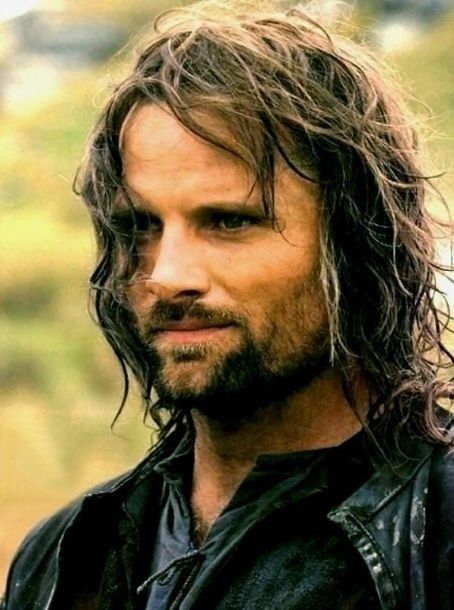 The stranger stood in stark contrast to the smoothly groomed and elegant congregation. He was tall and gaunt-looking, but his shoulders were broad—a laborer’s shoulders. His clothes were ill-fitting, coarse, the trousers ragged and patched in places. He wore no coat. His shirt was too flimsy for the season and his shoes were of laced canvas, dirty and with visible holes.

He was heavily bearded. Thick hair rioted past his shoulders, wild and sunbleached. The face above the beard—what she could see of it—was lean and deeply tanned, the skin stretched tight over prominent cheekbones. His nose looked as if it had been broken at least once. The tattered shirt sleeves revealed tanned, powerful-looking muscles.

Ohh! That’s actually pretty close to how I pictured him. Did I mention I loved this book? ;)