It’s election day here in Australia — a national election, voting for the Federal Government. Since we had a rare bit of sunshine, I decided to walk to the polling booth —in the local primary school — and take Milly, my dog. 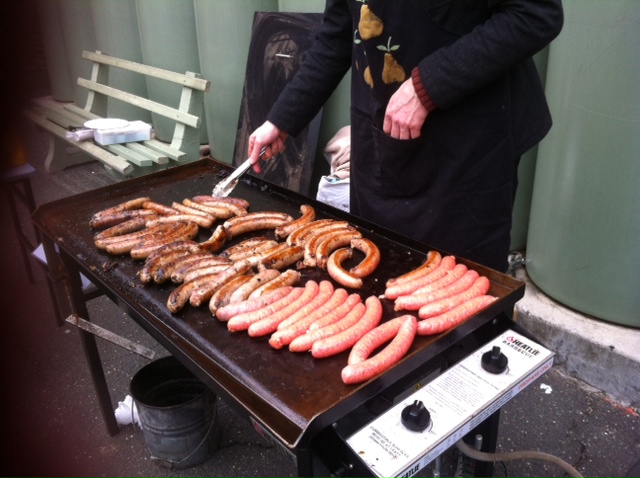 So instead of my normal bag, I only took my little Milly-pack, containing treats (fortraining/bribing) and pooh bags, a little bit of money, my house keys and my phone.

It’s a very lack-lustre election IMO — a sign of the times? — but there’s a small silver lining in that at many of our polling booths there will be sausages sizzling and cakes and jams and plants and handcrafted items to be bought. And sometimes the school kids will perform — today it was a drumming ensemble.

No, it’s not a bribe to get us to come to vote — it’s compulsory here to turn up to vote — but it’s a way local community organizations raise money by selling stuff to the captive audience lining up to go in to vote. And I can tell you, the sausages sizzling along with onions frying smelled pretty enticing. It’s very hard to leave without buying a sausage in bread. 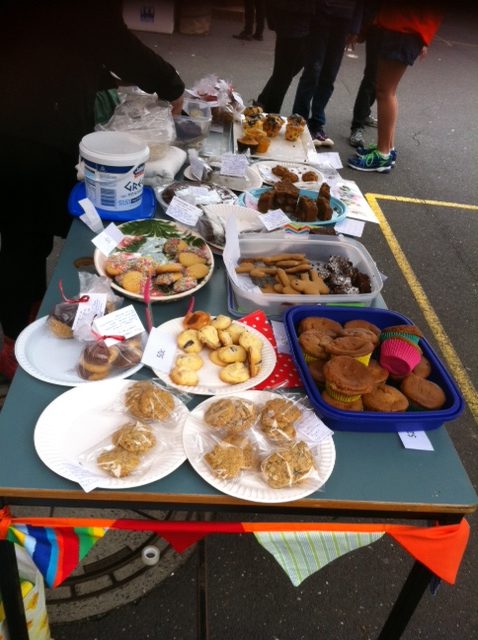 I was hoping to buy some marmalade — I once bought the best marmalade ever there. Or failing that, for the sausage sizzle for two, one with bread and sauce and onions, one without. You can guess who was having the one without bread or sauce (ketchup.)

I waited in the line for ages — it’s the longest line I’ve seen yet for voting — while Milly made lots of friends and filled up on bits of sausage that littlies couldn’t eat. When it came time to go in and vote, I tied her up outside. She was instantly attended by  little girls who set themselves to make sure she wasn’t feeling lonely.

I collected my voting slips, stepped into the voting booth . . . and realized I’d forgotten to bring my glasses. I asked one of the attendants if I could borrow his glasses.

He said he’d help me — in a very kind voice. He took me to a quiet secluded corner of the room, where he showed me how to vote. For the senate ticket — which is a long piece of paper, about a metre wide (3 feet) and crammed with names and parties — he told me to look at the pictures — tiny little logos above party names. I couldn’t distinguish them any more than I could read the words. 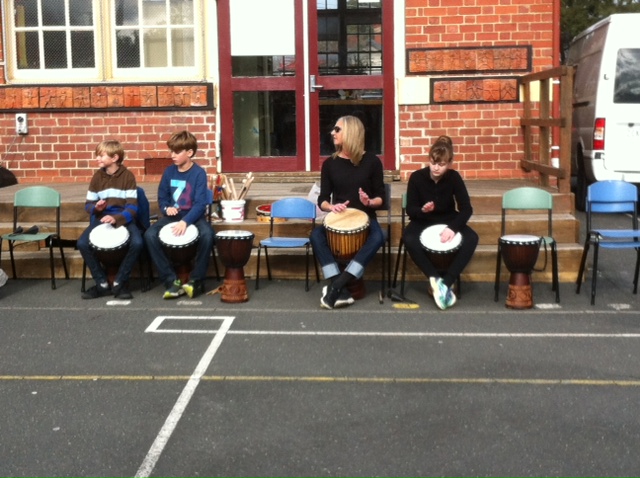 He clearly thought I couldn’t read….

I felt so stupid. I told him I could read perfectly well, just not without my glasses. He nodded kindly. I guess they get that all the time from people who really can’t read.

So I voted. I don’t think I voted informal, but I’m not guaranteeing it. The writing was tiny!

But I know who Milly voted for — THE SAUSAGE SIZZLE PARTY.