Sydney and The Marble Bar

I’m just back from Sydney where I attended the Australian Romance Readers annual awards dinner. I’ll post more about that later. I went up to Sydney a few days early as I wanted to catch up with some friends. One of them took me to The Marble Bar, a heritage-listed and very ornate Victorian-era bar in the heart of Sydney (in the basement of the Hilton). 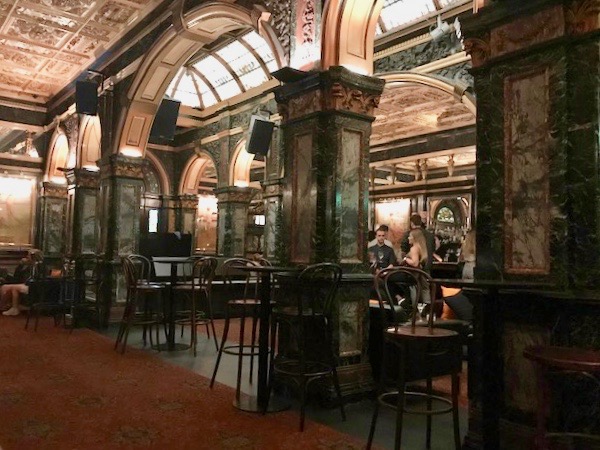 Originally built in 1893 by George Adams (of Tattersalls sweepstakes fame) and costing a massive 30,000 pounds, from the amazingly ornate ceiling, to the massive arched columns and  the carved and gleaming bars,  every surface is lushly decorated either with marble, stained glass panels, mirrored surfaces, carved mahogany, or large, elegant paintings. 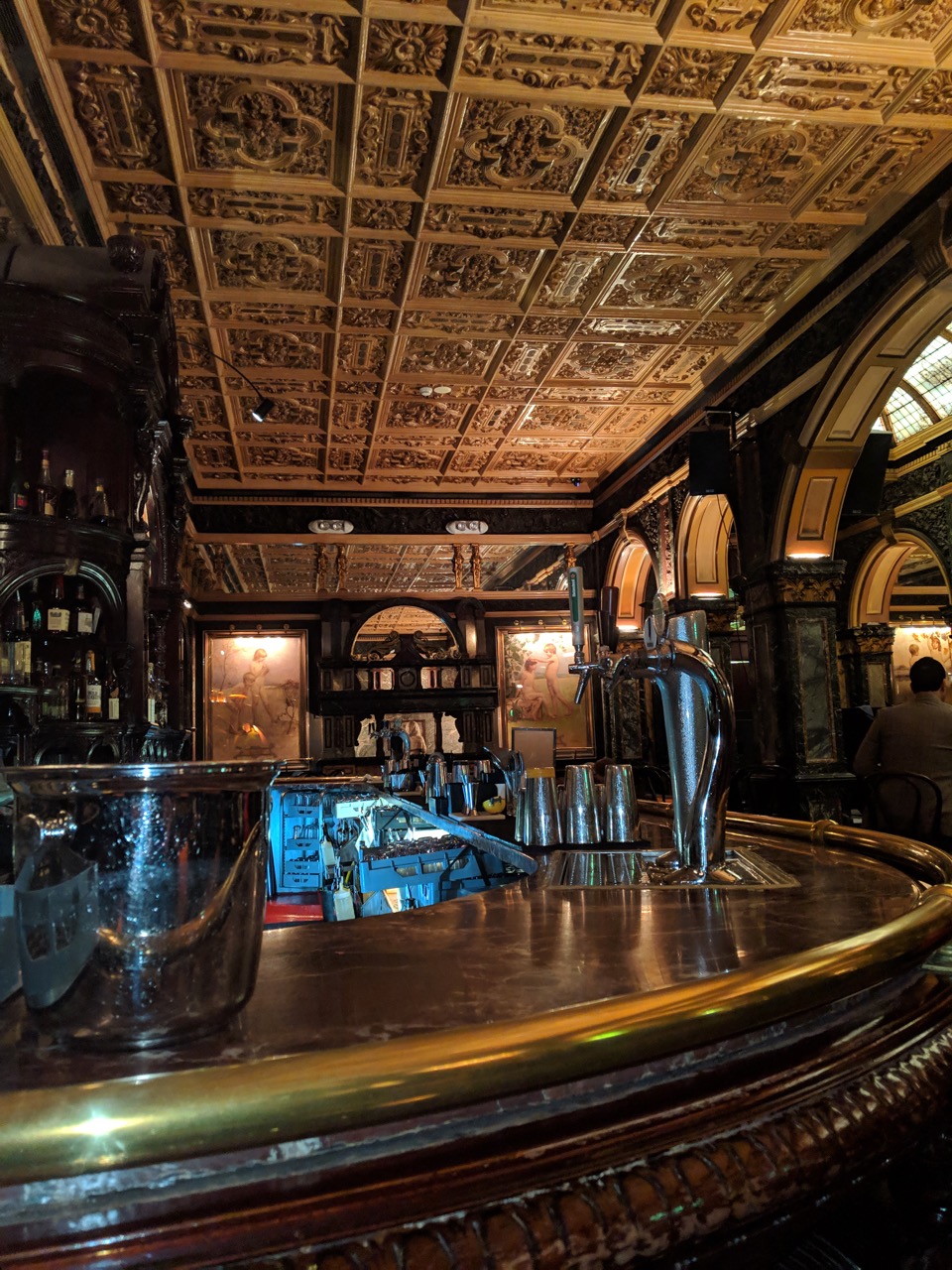 The site faced demolition in the 1970’s, but sanity ruled, so piece by marble piece, the entire interior of the bar was painstakingly taken apart, and reassembled in the Hilton Hotel in 1973. 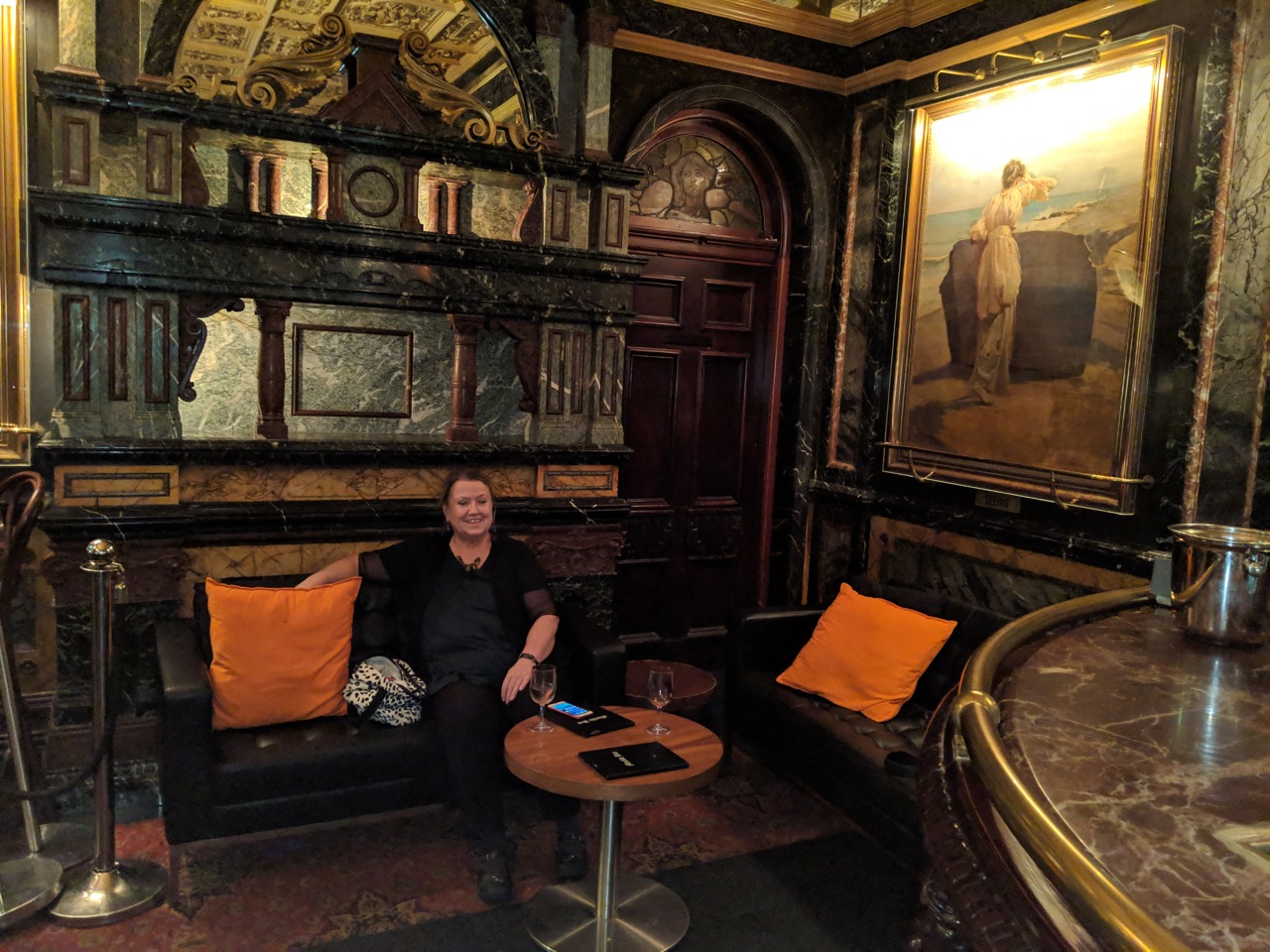 That’s me having a drink in a quiet corner, surrounded by Victorian-era gorgeousness.

If you ever get to Sydney, drop in and visit this remarkable place. I promise, you won’t regret it.