I went to a library talk last night — a discussion between authors and academics, Toni Jordan and Minnie Darke at the North Fitzroy library, (in Melbourne). The talk was part of “Romance week” at the library, though there seems to be no genre romance on the program, which I think is a pity. 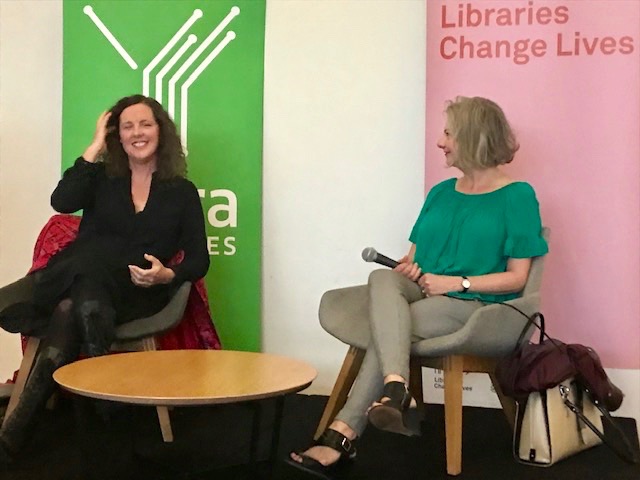 Toni (in the green top) and Minnie  both write literary romantic comedy,  are academics who teach at university level and both have a PhD — Toni has recently received her doctorate and Minnie was her examiner.

Toni was joking that she’s the only Doctor of Romantic Comedy around—she’s a specialist in Jane Austen, but she’s also one of the few of the academic literary writers who know and like genre romance — and who says so in public!

Many years ago, she was interviewed by the Guardian UK newspaper, and asked to list her top 10 romance novels. And there, in among the Jane Austens and other luminaries was my Perfect Rake, which she said lovely things about — so of course, I’ve liked her ever since. <g> 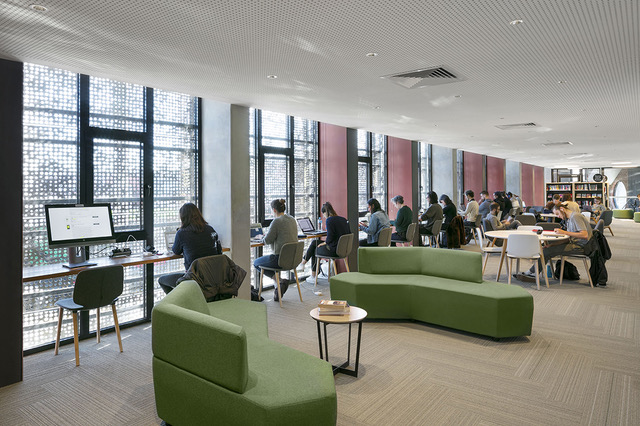 Anyway it was an interesting and enjoyable evening. The discussion ranged back and forth about the writing process (it’s different for all of us), about inspiration for stories, what they did when the writing became difficult (as it inevitably does), character arcs, the qualities that make characters heroic — Blake Snyder’s  “Save the Cat” was mentioned by Toni — and I was interested to hear that Minnie Darke also likes to refer to screen writing texts (as I do), astrology (because one of Minnie’s books is woven around astrology, and romantic comedy. And of course, there was a lot of talk about books and characters they loved. The talk was recorded so once it goes up, I’ll post the link. 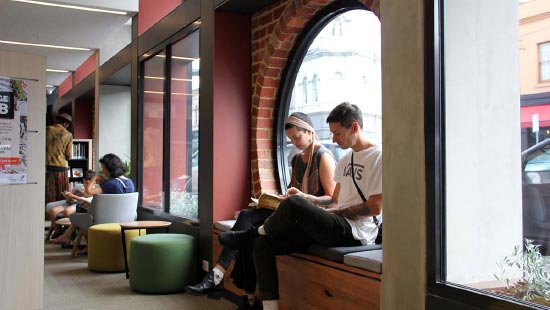 The library is fairly new and absolutely beautiful — an imaginative and inviting place in the inner city, which is very encouraging. There is even a roof garden (see pic below. That’s not my pic, by the way. It was raining last night and getting dark, so I didn’t go outside onto the roof garden.)

Honestly, we have some really stunning libraries in Australia — we’re very blessed. 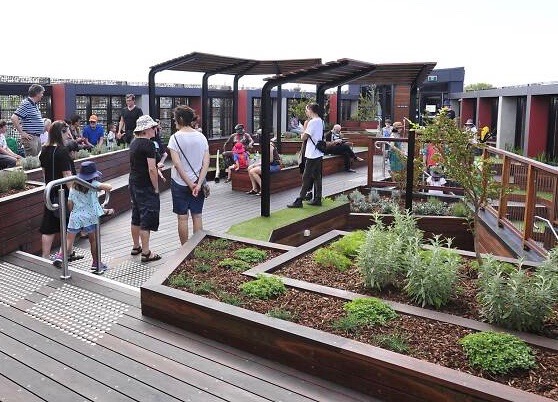 I went with a writing friend and one of my oldest friends who’s a member of the library, and the three of us went over the road for yummy pizza afterwards and talked about the event, as well as setting the world to rights. <g>

I do enjoy hearing other writers talk about their writing processes. And I love visiting libraries.

Sounds like a lovely time was had by all. We have several things for the kids at our local library, but nothing like this. Such a shame. And I can certainly understand why Perfect Rake was in Toni’s top ten ;)