Every year, in March, I go away on a writers retreat with a group of eight or nine other writers. We’ve been doing it for years — thirteen, to be exact. Not everyone can come every year, but most years we manage seven or eight of us. 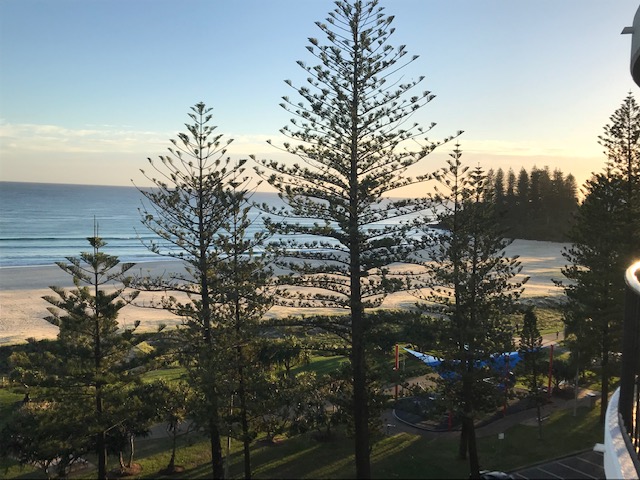 It began as a way of breaking down isolation — most of us only ever see each other once a year at the annual Romance Writers of Australia conference, and that’s always so busy, it’s hard to find time to really talk. When we started, not all of us knew everyone, but of course, now we’re all firm friends.

The very first retreat was in Queenscliff, overlooking the beach, but when that place became unavailable, the second year we went inland. It was a beautiful area, but we decided we needed to be near the beach. And for the last eight years we’ve settled on this place — in south-east Queensland. 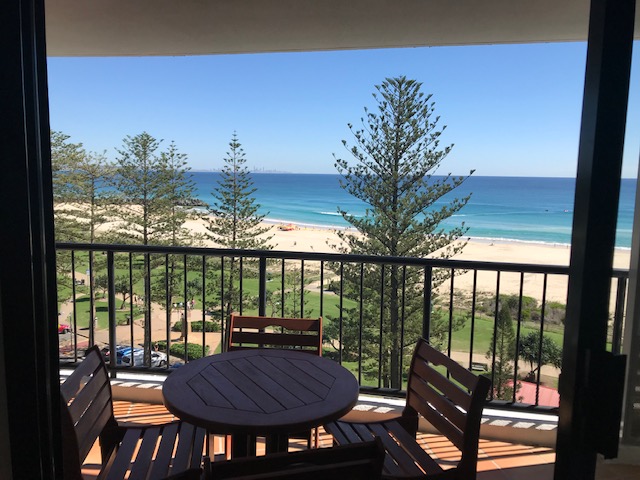 As we’re all professional writers (ie earning our living by writing) and all have impending deadlines,  we can’t afford to simply let  a week by the sea be a social occasion, so we spend the mornings (and some of the rest of the day) writing. And staring out to sea . . .  This was the view from my room this year.

The sea and sky offers an endlessly changing vista and as well as gazing, I took more than a few photos. I have quite a few of this sunset, for instance, which came after a blustery, blowy day. 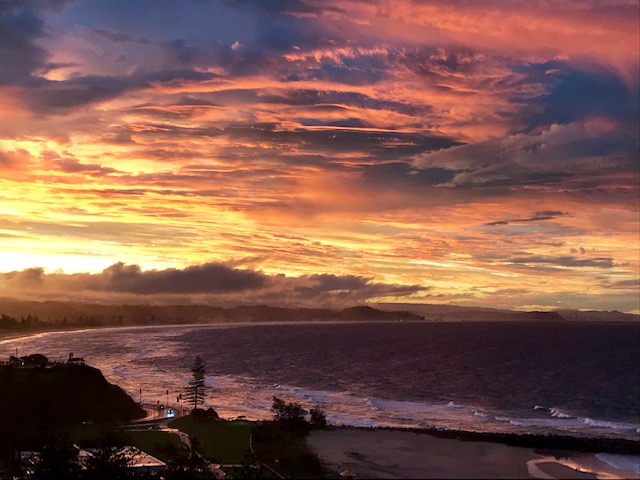 We also do some professional development, and plan and schedule lunch-time and evening sessions. Those sessions are not simply a way of keeping up with the latest developments in publishing, they’re also a way of refreshing the muse, and trying new things. I posted a list of this year’s sessions here, on the Word Wench blog, where I blog every fortnight.

I should also confess that there’s also a wee bit of shopping done. I’m not much of a shopper in general, but my friends are, and once enticed into a local shoe shop with a sale that most of them had taken advantage of, I came away with these very comfy new boots. I have a fondness for red shoes — I suspect it’s a lifelong rebellion against the message of the story The Red Shoes, where a little girl was horribly punished for the sin of wanting pretty shoes. Bah humbug to that, I say, as I don my red shoes!

In March, Queensland is still very  warm and summery. But when I return to Melbourne, autumn has very definitely arrived, as my Virginia creeper gloriously demonstrates. Every year this plant swathes my garden in gorgeousness and gives me such pleasure as I watch the changing colours. 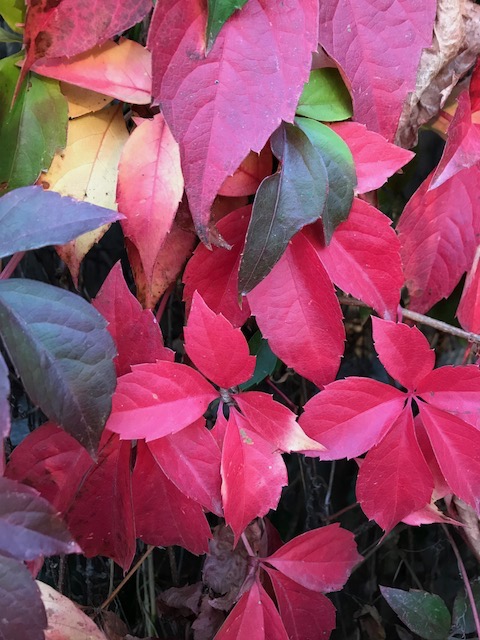