Writing a Christmas Anthology.
On Facebook the other day, Mary Jo Putney and I ended up having a discussion had with a FB friend, Karen, about a Christmas anthology we were part of a few years ago.  It was by The Word Wenches — the group of historical romance authors I regularly blog with —  Mary Jo Putney, Jo Beverley, Patricia Rice, Joanna Bourne, Nicola Cornick, Cara Elliott, and Susan King. (Jo, sadly has since died.) 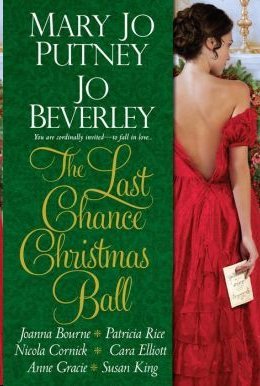 I’d just posted the news that the e-book version of the Word Wenches Christmas Anthology, The Last Chance Christmas Ball was currently on special for $2.

Karen kicked off the discussion by saying: I have read this about a dozen times now – fantastic anthology!
Anne Gracie: Thanks, Karen — we had some fun writing it.
Mary Jo Putney: Fun writing, Karen and Anne Gracie — but a lot of work to intertwine our stories. Worth every bit of effort, though!
Karen:  Mary Jo Putney I have wondered how you managed that. Did you all discuss it beforehand or did you write one at a time and weave in the previous stories?
Anne Gracie: Karen, all of the above. We probably spent as many words emailing back and forth as ended up in the stories. LOL

I answered Karen briefly, and Mary Jo chipped in too—and there was some talk of “herding cats” <g>—  but I thought you might be interested in hearing a bit more about how we wrote it. So here goes.

First we talked about the general theme/set up of the story — and we decided all the stories would revolve around an annual Christmas ball given by the dowager Countess of Holbourne, known to her friends as Lady Holly. Over the 50 years she’d held this ball, it had gained a reputation for bringing “last chance” couples together.

We decided on a general location for the ball — geographical as well as the kind of grand house it was. We wanted snow, and Susan King’s people were coming from Scotland, so we set it in the north of England. We collected quite a few pictures of possible houses/castles and ball rooms and other places where the stories might take place — for instance one story needed a turret room.

We each came up with the premise/ brief outline of our stories, and discussed how they might blend (or clash) with the other stories. Some of us had story ideas that would not need to be melded — for instance Susan’s couple got snowbound and never made it to the actual ball. Those stories that most obviously would overlap (eg Mary Jo‘s and Andrea‘s (Cara Elliott) needed a lot more lining up and discussion than some of the others so they did a lot of private liaison.

We were contracted on the proposal, but with eight authors in the anthology (which was coming out as a large paperback, as well as a mass-market sized paperback and an e-book) the stories had to be shorter than the usual novella length so we were restricted in length to about 15,000 words, which was hard. It’s actually easier for most of us to write long than short.

The late Jo Beverley was the driving organizational force and she wrote the introduction. We each wrote our stories and shared them with the others, and hammered out any last-minute clashes — for instance where two people were doing different things in the same scene — but we sorted it all out.

The one thing we didn’t do was to decide the order the stories would appear in —that was decided by the editor. My story, Mistletoe Kisses, came last because the last part of the story happens well after the ball was over.

My story is about Allie Fenton, a young woman who, for various reasons, has never been able to attend a ball. Now orphaned and on the shelf, she’s planning to become a teacher at a girl’s seminary in Bath. But first there’s her last Christmas at home and then, Lady Holly’s famous annual Christmas ball. 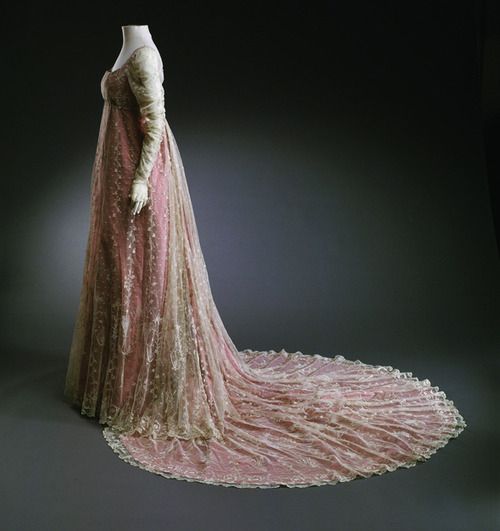 The e-book of the LAST CHANCE CHRISTMAS BALL is currently on special at around $2.
Buy it from your favorite e-bookshop, or try one of these links for the paperback:
Amazon US
Amazon UK
Amazon Canada
Amazon Australia
From Booktopia, Australia
For iTunes
For your NookFrom Books a Million
From the Book Depository, which ships for free around the world.

A very good summary of how the anthology was put together, and once more I sighed happily as Allie got her beautiful gown. For those who might wonder, the reason Andrea and I had the most coordinating to do was because we were writing about brothers–the heir to the estate and the second son. My heroine loved one brother and considered the other one of her dearest friends. Complicated. Our editor, Alicia Condon, gets a huge amount of credit for the final result. I believe that she came up the idea of the ball, and she spent a LOT of… Read more »

I LOVE this anthology! It quickly became one of my must read, favorite Christmas reads.