The Rules of Writing 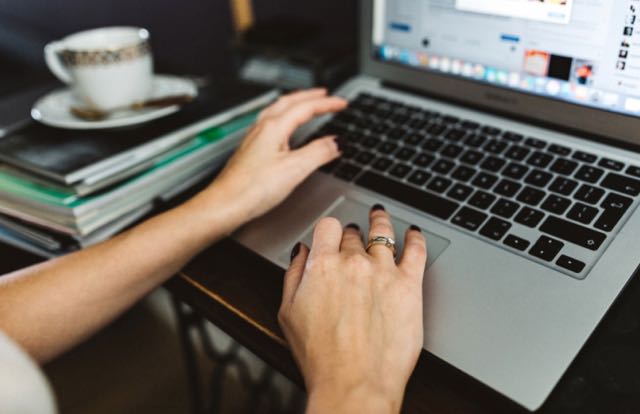 The Rules of Writing
When you first begin to write, you write with joy and energy and enthusiasm. Every sentence sings, you fall in love with your characters and your story, your world builds and the words just flow. And it’s fun — such fun.

Gradually you realize you’re serious about your writing, that it’s not just a hobby — you want to get published. So you do the sensible thing and begin studying the craft of writing. The internet is full of advice.

And oh . . . there are so many rules you never knew about. Point of view. Adverbs — apparently they’re practically illegal! Exclamation marks are evil!  Show-don’t-tell —always. Never use ‘then’. Avoid ‘was’. The adjective is not your friend. The best dialogue tag is no tag.

Everywhere you look there are rules. And you look sadly at your writing and realize you’ve been doing it all wrong. You’ve broken so many apparently vital rules, you might as well toss your story and start again. Or give up.

NOT TRUE.
The truth is, there are no rules in writing. It’s an art form, and a craft — and the only rule is, “if you can make it work, it works.” The point of all these “rules” is to alert you to some aspect of writing, the effect of which you need to understand. They’re not rules, so much as tools. Let’s look at a few.

Point of View (POV)
Loads of books —hugely successful books at that — have been published in which we pop from one character’s mind to another, back and forth at the writer’s whim. Most discussions of ‘point of view’ insist that this is bad, that you can only change point of view once in a scene, or once in a chapter. Or twice. Or some other arbitrary number.

My view of this is there’s no set number of times a point of view change is acceptable — what’s important is the effect the writer is aiming for. You do need to study point of view, and learn what it does and what it doesn’t achieve. I have an article here on my website that explains POV in more detail, for beginners and a discussion of its uses for more advanced writers.

What you need to do is learn the various ways POV can be used, and then decide on the effect you want to achieve. Experiment. Play with different approaches. Then choose.

Show, don’t tell.
This is probably the most central tenet of all writing advice. My favorite quote about this is usually attributed to Anton Chekov: Don’t tell me the moon is shining; show me the glint of light on broken glass.

My own view is this: if you tell someone what to think, they will subconsciously sit back and judge you as the teller, deciding whether you’re being truthful, or convincing. The story will pass before their eyes without particularly engaging them. But if you can show them good, imagination-sparking details, they will participate in the story. Their imaginations will connect with yours, and the effect of your story will be enhanced.

So show-don’t-tell is, in general,  a brilliant piece of advice.

However, there are loads of writing advice sites that take it to extremes. There is a school of advice, for instance that said you must rid your writing of all adverbs, do a search for all words ending in —ly and delete them. And replace them with show-don’t-tell.

So, instead of “That can’t be right,” he said angrily, you have something like:

“That can’t be right.” His fist clenched slowly around the glass, gripping it, white-knuckled until the crystal shattered into a thousand shards. Blood dripped through his fingers but he took no notice.

Now this is fine if you want to go in and show the depth of his emotion at this particular point, if this is a highlight moment. (That’s not an official term, btw, it’s just me talking.)

But what if it is, say, one brief sentence that’s part of an intense rapid-flow argument? If you keep showing every character’s emotions for each utterance they make, you could end up with a piece where each character speaks and then acts out his/her emotion, a little like a mime artist. And that will  slow the pace of the exchange and thus rob it of its immediacy. Too much “acting-the-emotion” can become ridiculous.

But “That can’t be right,” could carry a range of emotions — mild irritation, or wonder, or fury— and as writer, you want to show the reaction of the speaker, give a hint of the emotion felt, but without slowing the pace of the your rapid-fire exchange.

An occasional “he said angrily,” does no harm. It’s a quick way of signalling the tone of voice being used and, used sparingly, it doesn’t slow the pace.

The advice about removing adverbs is intended to make you aware of the danger of this kind of thing:

“That can’t be right,” he said angrily.
“It’s right,” she said wearily.
“Well, I don’t believe it,” he said stubbornly.
“Check it yourself,” she said crossly.

Too much of that and it just becomes silly and repetitive. So here’s the same exchange with body language/action tags. Look at the effect.

He glared at her. “That can’t be right.”
“It’s right.” She tossed the papers on the table and collapsed into her chair.
He clenched his jaw. “Well, I don’t believe it.”
She shrugged. “Check it yourself.”

How would you edit this? I’d probably cut a couple of those “action” tags. Another writer might flesh them out with more description. It all depends on the effect you want to achieve.

Another piece of advice is to use no dialogue tags, except “said”, and only where necessary — in this case to establish who is speaking first. So:—

The trouble with that is that while the pace is kept fast and snappy, it runs the danger of becoming a “talking heads” piece, with no other context except the dialogue. Some writers like that, others don’t. There is no right way.

There is an infinite variety of choices. You, as writer, must decide what effect you want. Try playing with some alternatives, as I have here, and then make your choice. They’re tools, not rules. And balance is everything. Some things need to be shown, others are best told. The more you write and play and learn, the greater your toolbox of skills will be.

Rules are not rules — they’re examples to learn from. Learn the purpose behind them, then decide how to use that knowledge to create the effect you want.

One last point:
Don’t worry about craft-of-writing “rules” while you’re creating that first draft. Trying to follow “the rules” while you’re still learning your craft or working out your story is likely to block you or depress you. Get the story down as best you can, in all its rough and energetic glory, then consider it as your raw material, your gemstone, ready to be polished.

And don’t worry if your writing seems clunky and nowhere near the standard of the books you love so much, and which have inspired you to become a writer. We all start out as beginners, and every published writer I know, whether they’ve had dozens of books published or one, continually work on adding to their craft-of-writing knowledge and honing their storytelling skills.

Everyone is different. Read the 10 most important rules of writing as suggested by this collection of famous writers. See the common thread? You don’t? That’s because we all do it differently. And vive la différence! (She said, tossing her head defiantly as she concludes with an exclamation mark.)

I have always thought that it was important to first learn the rules so you can break them properly! I’ve read numerous writers — some I love and some, not so much — and every single one makes the rules work for them or trashes them effectively. I take inspiration from that.

Shauna, I agree — but more than just learning “the rules” you need to work out the effect of following each rule u2014 for example POV. Swapping POV frequently can distance you from the story, can reduce the emotional impact of being in one person’s head, can reduce the intensity of a story because the writer is telling you everything, instead of holding some info back. And once you know how it works, and how it doesn’t work — you can decide what you want it to do.