For some of us the quest for the Author Photo is a thing to be dreaded, embraced with all the joy of a root canal. For others, it’s a breeze, a delight, a skippety-do-dah romp in the sunshine. If you are in the latter group, this article is not for you. 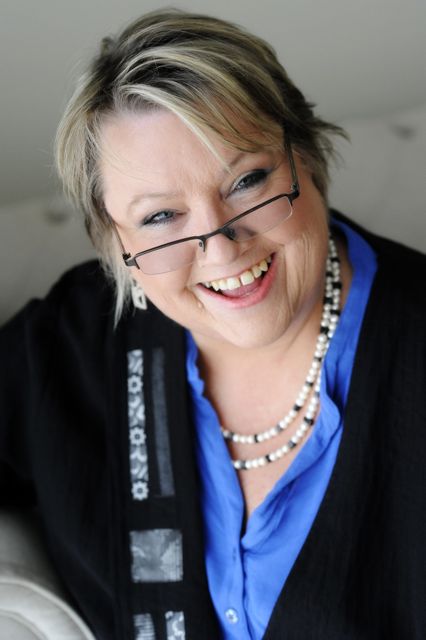 The Author Photo is, pretty much, you naked. Only with clothes. But naked in a much more lasting way, not a mere flit from bathroom to bedroom, but you, exposed and leering from the back cover of a book, or the bowels of the internet, forever–yes, forever. Because nothing ever dies on the internet. The Author Photo, in its many ghastly incarnations, will always come back to haunt you.

Some people achieve The Author Photo with a mere click of a shutter, or perhaps three, and then it’s, “Hmm, which of the three shall I use? They’re all soooo good.” Again this article is not for you.

For others it’s a quest, a saga, a never-ending journey. Certainly that’s been the case for me. Half of my family is extremely photogenic. The other half is not. Guess which half I belong to? I’ve never liked having my photo taken. For years I pulled faces at cameras or avoided the wretched things altogether.

But once you become An Author, there is this horrid—and completely unreasonable— expectation that you will provide An Author Photo. What difference does it make what I look like? Will it enhance your reading pleasure? I think not.

But still various powers-that-be demand one.

The tendency at first is to look among your snapshots for A Nice Photo. You quickly discover there is no such thing. You discard all the ones with your tongue poking out, or your eyes bugging or squinting or popping. What is left (in my case) is a snap someone took of me when I was in a band. In it I looked relatively normal, happy and was wearing a pink feather boa — all good for the romance writer look, don’t you think? Ignore the fact I appeared to be doing unspeakable things to a big, black microphone — well, it is romance — it was the only picture I had.

After a number of rude comments about said photo, I decided it should be replaced at the earliest opportunity. I got a friend to take some photos in her back yard— she’s an artist, so I was sure the shots would be suitably artistic. They were. The resulting photos could have been entitled “Variation on the Theme of Broken Capillaries,” with a secondary series called “Waterfall of Chins.”  (And no, I’m not going to share!)

Obviously I needed something more professional. I went along to a local suburban studio — let us call it Reservoir Brides. The photographer was elderly, dapper, and very sure he knew exactly what I wanted. “Just put yourself in my hands, young lady.”  The “young lady” should have been a warning sign, but no. . .

He sat me on a high bar stool. “Cross your legs. Now, lean forward. Stick your neck out, yes, that’s right, now chin down a little, head up, tilt your head, smile and … look sexy!”

I looked like some cross-legged female quasimodo grinning maniacally while not falling off a stool.

My next attempt at The Author Photograph was in a very much more cool environment, at an inner-suburban studio where a young photography graduate was starting his career. I should have walked out when he produced The Hat, but going to a photography studio, for me, is a bit like going to the dentist — once you’ve got yourself there, you just need to endure until it’s over.

I quite like hats, so I donned this one and proceeded to do all those things photographers tell you — chin up, head down, look here, look there. I came away feeling almost positive. Like when the dentist hasn’t hurt you.

And then I saw the proofs. The hat was lopsided. Severely so. I looked utterly and completely demented, like I’d dressed while drunk from a selection at the op-shop. (And no, you’re not seeing those ones, either.)

The next attempt was at a big conference in the US. Heaps of authors get their photos done there. It was the obvious choice. We met. She was jolly, very jolly. She cracked jokes and made me laugh and encouraged me to ham it up even more. No problem, there. I’m already on edge getting my photo taken. The photo shoot was a laugh from beginning to end.

The photos? Completely demented. Plus we were all laughing so much nobody noticed my blouse had popped open — and not in a good or sexy way.

Next was after a TV appearance where they’d done my make-up and hair. A friend rang me after the show — it was live — and said, “You look great. Go and get your photo taken.” So I rang a photographic studio and made an appointment for a few hours hence. I had time to kill so I sat in front of my new computer and played with the Photo Booth program. Click click click. The photos came out great. 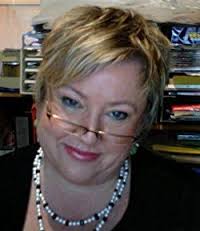 I headed off to the professional photographer feeling confident. If my computer could make me look good, what could a professional do?

Make me orange, that’s what. And highlight every wrinkle I had. I looked like a science project; “Close-up of Middle-Aged Decay.”

I used the computer photo. That’s it on the right. The only problem is, it’s not high resolution enough for most purposes. 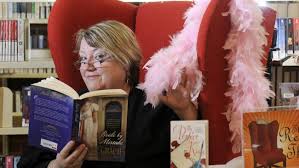 I’ve had quite a few newspapers take photos of me. They pose me — I’ve lain on a floor, a rose between my teeth and I’ve been draped with feathers — romance writer, see? I always come out looking demented. Don’t believe me? Here’s one of them.

Some of the best photos have been taken by friends, when I’m dressed up (usually in costume) at some conference. Here’s one that a friend  took of me at a romance readers convention where we dressed up as . . . something, I can’t remember. I’d use it, only it looks as though I’m about to attempt a pirouette, or graciously knight someone with a quill, or burst into song. 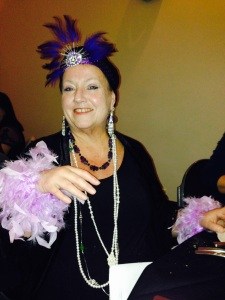 Then there was the photo shoot Penguin Australia organized for authors. They even hired a make-up expert (so-called) to do our hair and make-up. I ended up with strange brown eyebrows.

In my most recent attempt to scale Mount Author Photo, I tried another professional photographer, a woman who’d taken some gorgeous shots of an author friend. I showed her the computer photo and said “One like that, please.”

“Oh, we can do better than that,” she said. She did my makeup and hair. She
posed me here and posed me there, all the time encouraging me to smile, and laugh, laugh, laugh! You guessed it. High resolution demented woman. There’s one at the top of this page, and here’s another. But it’s what I have, so it’s what I use.

Laughing like a drain!!! I like the one you’ve been using although now you have longer hair so it’s not current. I sympathise & as a kid also used to make faces at the camera – usually of the jutting jaw kind – I probably thought I was smiling oh my gosh ud83dude10

Thanks, Janice. I think when I put my first photo up on my first website, my niece said she thought it was the first one she’d ever seen where I wasn’t pulling a silly face or poking my tongue out. And yes, now my hair’s longer I probably need a new one. Oh the horror of it! *g*