Procrastination and Getting Unstuck

Get Writing part 2  (Part 1 is here)
Procrastination, Writing Anxiety and Getting Unstuck

Different people deal with procrastination in different ways. Some writers I know have bought a program that blocks them from internet access for a set time. Others unplug the modem and give it to someone else, with strict instructions not to give it back until a certain amount of work has been done. I know people who do all their writing on a computer with no internet access, in a different room from the computer with internet. 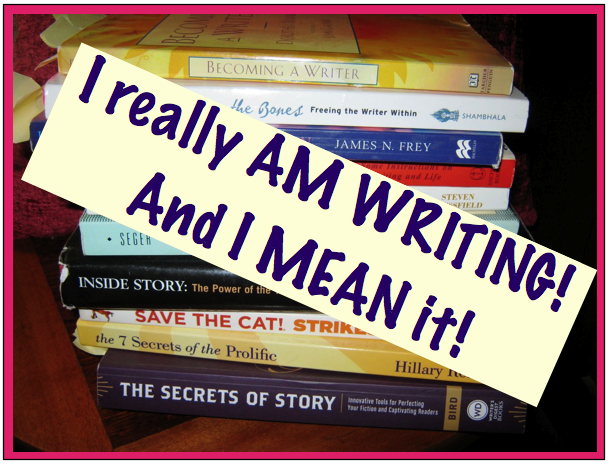 Some take themselves off to write in public places, in cafes and libraries and places like that. That’s me, and I’ll talk more about that in a minute.

It’s easy to blame the internet for habits of procrastination, but sometimes the cause is a deeper writing anxiety. If you’re anxious about your writing and have no internet, you’ll still find other things to distract you – a burning desire to scrub tile grout with your toothbrush. Followed by an urgent need to go to the supermarket and buy a new toothbrush.

Procrastination and Perfectionism
Sometimes procrastination is about perfectionism—your subconscious telling you that you can’t start until you have the perfect opening sentence, or until you know exactly what this scene is about, or what that character is going to say. Or maybe you’ve started, but you don’t want to write rubbish, and everything you’ve written in the past five minutes is rubbish.

It’s a battle. But you know, often the hardest thing is just to start.

Don’t worry about the first line – most of what you write at the start will change as your story starts to grow and become more dimensional, and the more you write, the more you’ll ask yourself the kind of questions that will let you uncover your character’s secrets and push the story to a deeper level. Just write.

Don’t worry about writing rubbish. Writing is like a muscle — it can get a bit stiff without regular use. Sometimes you have to write a pile of rubbish before the good stuff starts to flow. Accept it. It’s all part of the process.

Try Writing by Hand When I’m stuck, I go to my local library, and I write by hand in a large spiral bound notebook. Research has shown that the hand/brain connection works differently — is more immediate with handwriting, than a keyboard and screen, so for me it helps get the words flowing quicker and often better.  I have a rule that I’m not allowed to leave the library until I’ve written three pages. That works out around 1,000 words.

But usually I write more. If I’m really stuck, I will start by asking myself questions about my character. e.g. What just happened in the scene before? Has it complicated things for your character? What’s s/he worrying about? What might s/he do next? The questions, of course, are different every time, but that one about what s/he’s worrying about is particularly useful and can crop up at any time during the manuscript.

I write the questions down, and answer them in writing as well. Sadly, they don’t count as part of my three pages, but what usually happens is that in answering a question, I’ll find myself writing screeds of dialogue, and lo! the next scene is unrolling.

Sometimes it’s not the next scene, but a future one, or one that should have come earlier, and I realize that’s why I was stuck — I took a wrong turn in the story.

Whatever, I find that taking myself away from home, and writing by hand, almost always gets me unstuck and the story moving again. The other benefit is that when I go to type it up, I edit as I go.

So try writing without fear or perfectionism — and remember the famous Nora Roberts quote: “You can fix a bad page but you can’t fix a blank one.”

Next Week: Get Writing Part 3, Finding The Bones of the Story

[…] Next week: Dealing with the procrastination demon. […]

No matter how much I know this, I need to hear it a lot. ud83dude09

Yes, never gets old, because I never quite have it completely conquered! Working on it though!

I know this, but I need to hear it again from time to time. Thank you for reminding me. I like the idea of finding something through questioning/about the character that highlights a new complication for them.

Glad the reminder helps, Susanne. I think asking questions about what the character is worrying about is always useful — and sometimes you get a surprising answer, which is great.

I always write by hand when I’m stuck or for those parts of writing that don’t come easily to me like sexy scenes. It helps.

I agree, Suzy. Best of luck with your writing.

[…] Gracie is by far one of my favourite romance writers, and all-round excellent human being. Over on her blog, she’s got tips on procrastination, beating perfectionism and getting on with your writing. Thanks […]