It’s ANZAC day here, which is a big day in Australia and New Zealand — commemorating soldiers fallen in all wars, though the ANZAC tradition began after WW1. ANZAC stands for the Australia New Zealand Army Corps which fought in WW1 and were used by the British Army more or less as cannon fodder. These were untested troops from far flung colonies and the British had no good opinion of them.

The result was utterly tragic. The campaign (the real purpose of which was to draw enemy fire, allowing British troops to land elsewhere) was a success in tactical terms, but a defeat in real terms. The ANZACs held their position under constant fire for long after they were expected to. The casualties were appalling but the bravery, individually and collectively, of the ANZAC troops was outstanding. (This photo is of my grandparents. He was not one of those original ANZACs. He fought in Flanders, was badly gassed and died while my 19 year old father was off at war.

There are few (if any) of those original WW1 soldiers left, but the wastage of life and the courage of these boys under impossible conditions made such an impact on two young countries (Australia, like most of these soldiers, was not yet 20 years old) that it became a national day of mourning.

In the cities and country towns there’s a march to the local war memorial and a dawn service. And instead of the significance of the day fading over time, it seems to have grown.
Now it’s a day of commemoration of all people fallen in war. It’s a public holiday on Monday in most states, though not Victoria, where we stick to the actual date of 25th April. 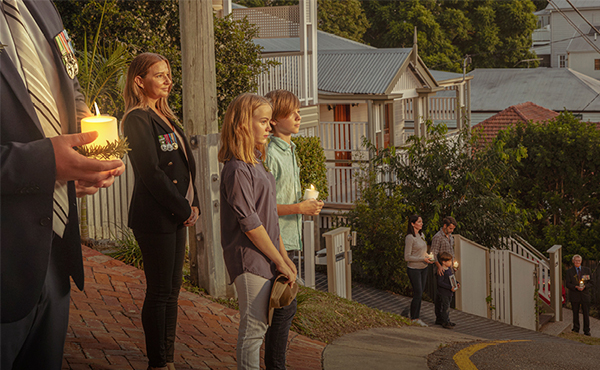 Last year, with CoVid hitting and much of the country in Lockdown, a “Light up the Dawn” campaign was begun, and the dawn service was held all over the country, in small country towns and in the streets of suburbia.

In the hour before the dawn, people gathered outside their homes, in driveways or on balconies, lighting the night with candles and lanterns, waiting for the breaking of dawn. The ANZAC service was streamed live on ipads and mobiles. There was even a lone young woman playing the last post on her violin in a cow paddock in Queensland.

It was very moving, people in small family groups, some with kids in slippers and dressing gowns, some former soldiers wearing their medals, others wearing their father’s/grandfather’s/husband’s medals, all standing outside, separately-but-together,  in the chilly, silent streets, holding candles , waiting as the sun slowly rose. 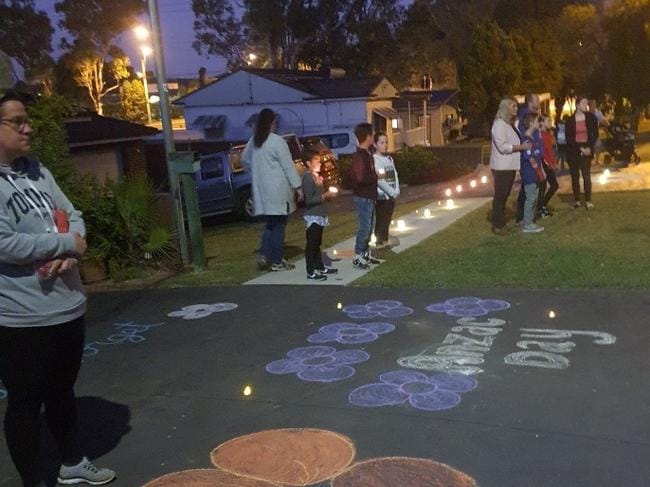 There was an underlying symbolism, too, to this event happening across the country — we might be unable to leave our homes, we might be waging this silent war against CoVid, but we will still remember the fallen. And in a strange way, this street-side scattered, very personal ceremony that was happening all over the country brought us all closer.

Now it’s back to sort-of-normal  with CoVid more or less undercontrol in some areas, but not in others — for instance  Western Australis is currently under Lockdown, and so “Light up the Dawn” will continue there — and, I suspect, at many other places, simply because it felt so special out in the street, commemorating the day with your neighbors.

I will be baking ANZAC biscuits (cookies if you’re American)  which, apart from being traditional, were the biscuits women sent to their men at war, as they were:
a) delicious
b) kept really well (important as it often took months for the care packages to arrive)
and c) were made of ingredients most people had in their pantries anyway.

They’re very easy and yummy. I make the mix in one pot, melting the butter and golden syrup in a large saucepan then mixing the dry ingredients in. (Anything to lessen the washing up) Recipe here.

Some like them crispy and some prefer them softer and chewier. Either way is fine by me. And if you bake them crispy then leave them out, they’ll soften anyway, so it’s not hard to get whatever  biscuit  style you prefer.
Do you prefer your biscuits crispy or chewy?

Awaiting the sunrise with the candles lit sounds like the perfect way to commemorate a solemn occasion like that. And it sounds beautiful as well. Your post made me cry for all of the lives sacrificed for a tactical advantage.

Your grandparents were a handsome couple! What a picture of them.