A splash of gold

It’s winter in Australia, and though we don’t get the bitter winter of many countries, still it’s lovely when we start to see the first new intimations of spring.  I was out in the country with my dog this morning, on a damp and drizzly day. Our natural bushland is beautiful, with a thousand shades of gray and green. 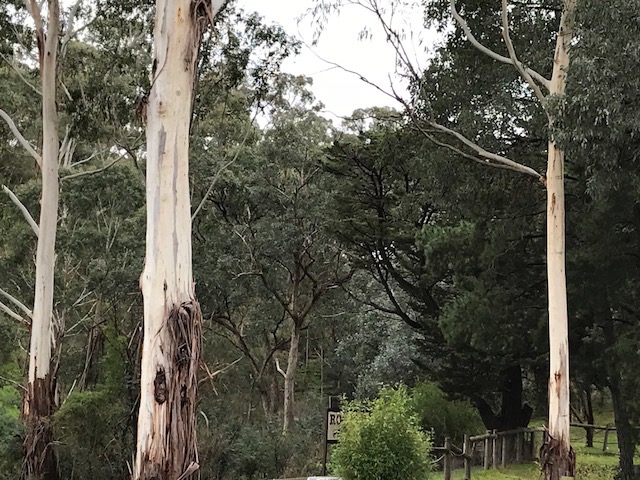 And then, among the soft grays and greens and sage colors, we spotted bright  splashes of gold, from wattle blossoms. Wattle is an Australian native plant of the acacia family. Some varieties are known as mimosa in North America, but generally in Australia, it’s just called wattle. (Read on to learn why.) 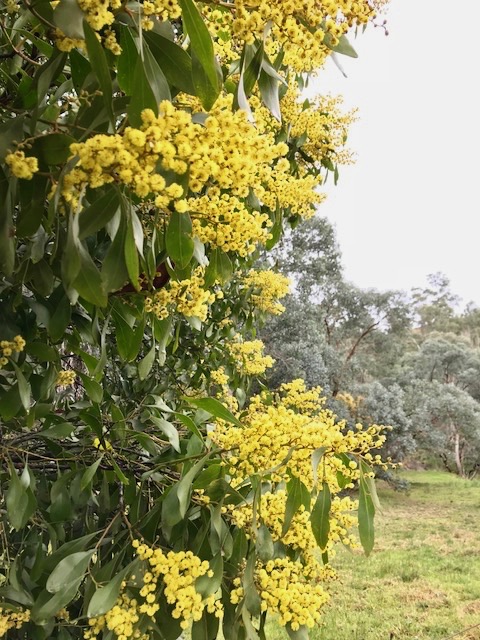 Wattle blossom is so bright and cheerful and coming at a gloomy time of year, I suspect it’s why it became a national symbol — yellow and green are the Australian colors. The name “wattle” was because, as a hardy native with multiple branches, it was used by the early colonists as a building material for “wattle and daub” houses — the wattle branches provided the framework and the “daub” was local clay.

There are hundreds of different varieties, different shades of yellow, some pale and lemony, others a dark, burnished gold. But all with hundreds of tiny bobbles of brightness. 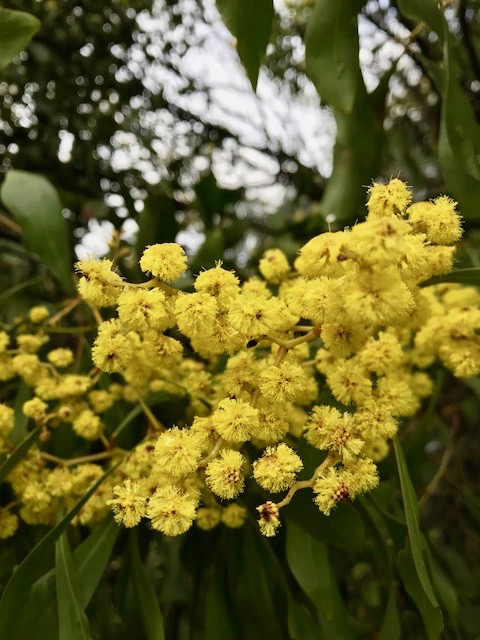 Some people don’t much like wattle because it makes them sneeze; my dad would never allow it in the house because of that. But I love it.