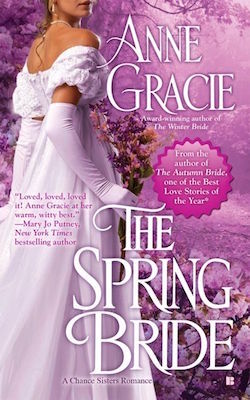 “Yes, Evans, what is it?” Radcliffe sounded preoccupied, busy.

“Yes, sir. Dirty and disreputable-looking. I would have shown him the door, only the fellow asked for you by name, sir, insisted you’d want to see him, and wouldn’t take no for an answer.” He added doubtfully. “I could try to have him removed, if you insist, sir, only he’s quite large and I fear it would be. . . difficult.”

“An ugly customer, eh? Well then, send the fellow in. I’ll deal with him.”

The clerk turned to Zach, and stepped back to let him pass. “Watch yourself, gypsy. Mr Radcliffe might be a gentleman but he won’t put up with any nonsense.”

Zach winked at him, and sauntered into the the office, saying in a roughly accented voice, “Gen’leman give me a message for some toff called Mr Gilbert Radcliffe–that you, is it? Said I was to give it only to ‘im. Said Mr Radcliffe would give me a gold guinea for it.”

The Hon. Gilbert Radcliffe leaned back in his chair, regarding his visitor through narrowed eyes. His gaze took in the the darkly bristled jaw, the worn, faintly foreign clothing, the muddy boots, the shabby sheepskin coat with the faded but outlandish embroidery— and most damning of all, the small gold earring. “Gold, is it? For a scoundrel such yourself?”

Gilbert Radcliffe wrinkled his nose. “Faugh, that smell. . . Have you been sleeping in a barn?”

Zach’s mouth twitched, but he whined in an aggrieved voice, “I come a long way wiv this message, I ‘ave.”

“Shall I call someone and have the wretch removed, sir?” said Evans from the doorway.

“No, no.” Radcliffe waved him away. “Bring a pot of tea and two cups.”

The clerk gave him an incredulous look. “Tea sir?”

“And some biscuits?” Zach added hopefully. “Ginger ones?”

The clerk gave him a dirty look and glanced at Radcliffe, who nodded. “Yes, and biscuits—ginger if you have them. And shut the door behind you.” When the clerk had gone, Radcliffe looked at Zach and shook his head. “He probably expects you to steal the spoons.”

Zach gave him an indignant look. “I’ll have you know, Gil, I haven’t stolen any spoons for, oh, weeks.”

Gil laughed. He rose and threw open a window. “You do realize you smell exactly like a sheep.”

Zach grinned. “I know. It’s the coat.” He proudly gestured to the ragged sheepskin coat, covered in faded, once lurid embroidery, now grimy with age and hard wear. Fringed with lank curls of greasy wool, it still bore the faint odor of sheep. “Blame the rain. When it’s wet, the eau-de-sheep intensifies.”

“Appalling? How can you say such a thing? Why, this coat cost me two whole shillings, I’ll have you know. Two!“

Gil shuddered. “And the cat-skin waistcoat? There’s no possible excuse for that.”

Gil shook his head. “You used to be quite an elegant fellow at school. I almost didn’t recognize you.” He held out his hand. “But it’s dammed good to see you, Ad—”

Zach cut him off. “I don’t answer to that name.” There was a short silence, then he added quietly, “I’ve been Zachary Black for the last twelve years and I see no reason to change. How are you, Gil?” The two men shook hands.

« Return to The Spring Bride 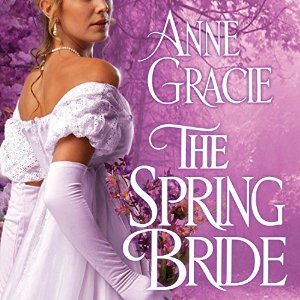 The Spring Bride is now available on audiobook from these online booksellers:

“An enchanting spin on Regency tropes with the romance of pragmatic Jane Chance and dashing, disguised gentleman Zachary Black.”

“Anne Gracie channels Jane Austen, Georgette Heyer, and fairy tales, most obviously Cinderella…and the result is an enchanting story in which the hero and heroine save one another…I ended the story with a lump in my throat, a smile on my face, and another Anne Gracie keeper in my hand.”

“The main characters are vibrant and complex…the author’s skill as a storyteller makes this well worth reading.”

“I absolutely loved The Perfect Rake, so when I was given the chance to read and review Anne Gracie’s new book The Spring Bride, I just knew I had to put other books on my list aside. It didn’t disappoint!”