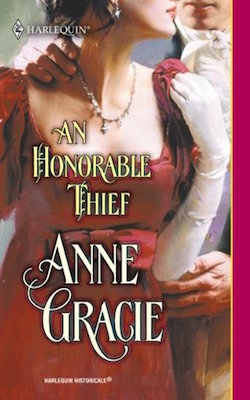 ‘–he’s just come in and don’t you think, Miss Singleton, that he’s the most elegant-looking man you’ve ever seen.’

Kit glanced across to where her young friend was looking. A knot of people stood in the entrance, exchanging greetings. Only one man stood out of the crowd, as far as Kit was concerned; a tall dark man in severely cut evening clothes. Elegant would certainly describe the clothes, Kit thought, but as for the man himself…

He stood out like a battle-scarred tomcat in a sea of well-fed tabbies. Tall, lean, rangy, sombre. Detached. A little wary and yet certain of his prowess. His eyes ranged over the colourful throng. Kit wished she could see the expression in them. His very stance expressed the view that he could not care the snap of his fingers for the lot of them.

He looked more like a predator than a guest.

His hair was dark, midnight dark and thick, she thought, though cropped quite brutally close; not quite the Windswept, not quite the Brutus. A style of his own, Kit wondered, or perhaps he disdained to follow fashion.

She wondered who he was. He did not seem to fit in this colourful, pleasure-seeking crowd. He stood, a man apart. Indifferent.

His face was unfashionably bronzed, the bones beneath the skin sculpted fine and hard. A long aquiline nose, just slightly off centre. A long lean jaw ending in a square, unyielding chin.

His mouth was firm, resolute, unsmiling. She wondered what it would take to make him smile.

A woman hastened to greet him; their hostess, Lady Fanny Parsons. Kit watched him bend over her hand. He was not a man accustomed to bowing-oh, he was graceful enough but there was a certain hesitation, she noticed; a careless indifference.

Lady Fanny was laughing and flirting. As Kit watched the man shrugged a pair of very broad shoulders. The hard mouth quirked in a self-deprecatory grimace. She wondered what they were discussing.

‘Miss Singleton?’ came the youthful voice at her elbow. ‘Is he not the most divinely beautiful man you have ever seen?’

Kit blinked. Elegant she could accept. Striking, certainly. Even a little intimidating. But divinely beautiful? Never.

She turned to her young friend, only to find her looking at some other, quite different man, a very pretty young fellow in a pale blue velvet coat, striped stockings and pantaloons of the palest primrose. Sir Primrose had been standing beside her man of darkness, Kit realised. She wanted to ask her young friend if she knew who the dark stranger was. Such a distinctive man would surely be well known.

But he had disappeared.

Just then, Lord Norwood came to claim his dance with Kit. And soon the music started and Kit was too busy dancing to think of anything except the delightful sensation of being a young girl at a fine London ball.

She would think about the tall dark man later.

Kit jumped and hurriedly turned. There was still the odd occasion where, if distracted, it slipped her mind that she was now Miss Singleton.

A tall dark-haired gentleman stood at her elbow, frowning thoughtfully down at her. The impressive-looking man she had noticed earlier. Heavens! Up close he was even more impressive. Bigger. Darker. Colder. Examining her with a curious mixture of frigid intensity and detachment.

The grey eyes met her gaze coldly. A frisson of deja-vu passed through her.

Who was he? Why was he staring at her in that way? Did he know her from somewhere?

‘Will you honour me with a dance, Miss Singleton?’

It was not a request, but a demand, snapped out in an arrogant, care-for-nobody tone. Kit did not care for it. She lifted her chin and rewarded the gentleman with a frosty look and a disdainfully raised eyebrow. She was not supposed to talk to anyone she had not been introduced to.

‘Yes, of course she will,’ Aunt Rose responded for her. Rose must have introduced them, Kit realised belatedly, but she hadn’t caught it. Rose smiled, nodded approvingly at Kit and drifted off towards the card room.

Kit silently held out her card. His dark head bent as he scrawled his name on it, and she peered surreptitiously to try to catch the name, without success. His hands were large, square, long-fingered and well-shaped. Oddly, they were scarred and nicked in a number of places. London gentlemen took great care of their hands; some had skin almost as soft as Kit’s-softer, in fact, for she’d had occasion to work hard at times.

Interesting. This man seemed to flaunt his imperfections…no, not quite flaunt, he seemed indifferent to them. Or was it people’s opinion of him he was indifferent to?

She leaned back a little and allowed her gaze to run over him.

Up close he still retained that aura of aloneness. He made no small talk. He simply claimed her for a dance. He was either a little shy in the company of women, or a lot arrogant.

His eyes flicked up suddenly, as if aware of her scrutiny. He held her gaze a long, hard moment, then dropped back to the card. Kit fought a blush. Whatever else he was, he was not shy of women.

His eyes were grey, though of such a grey as to be almost blue, although that could have been caused by the dark blue coat superbly cut to mould across his equally superb shoulders.

Kit had not seen such shoulders on a London gentleman before. Like the mandarin class of China, the pashas of Turkey, and the highest castes of India and Java, the members of the ton strove to appear as if they had never had to lift anything heavier than a spoon-and a gold or silver spoon, at that.

Fashionable London might believe a gentleman should not have the build of a stevedore, but Kit could find no fault with it. London gentlemen padded their shoulders to achieve the correct shape, but if she was given the choice between muscles or padding… Unfashionable it might be, but such shoulders could rather tempt a girl to… to think thoughts she had no business thinking, she told herself severely.

He had not the look of a man who’d had an easy life, not like many she’d met in the salons of the ton. He was not old-perhaps thirty or so-but lines of experience were graven into his face, and his mouth was set in an implacable unsmiling line. It was rather a nice mouth, set under a long aquiline nose and a square, stubborn-looking chin.

Kit wondered again what he would look like if he smiled.

His manner intrigued her. There was a faint ruthless air about him, and the thought crossed her mind that he might be the sort of man Rose Singleton had warned her was dangerous to a young girl’s sensibilities. Certainly he was most attractive, if not precisely handsome. And yet he was making no effort to ingratiate himself or to fascinate her. Kit was fairly sure that a rake would try both, else how would he succeed in his rakishness?

He had made no effort to charm her. His manner was more… She searched for a word to describe it and to her surprise, came up with the word businesslike. Yes, his manner towards her was businesslike. How very odd.