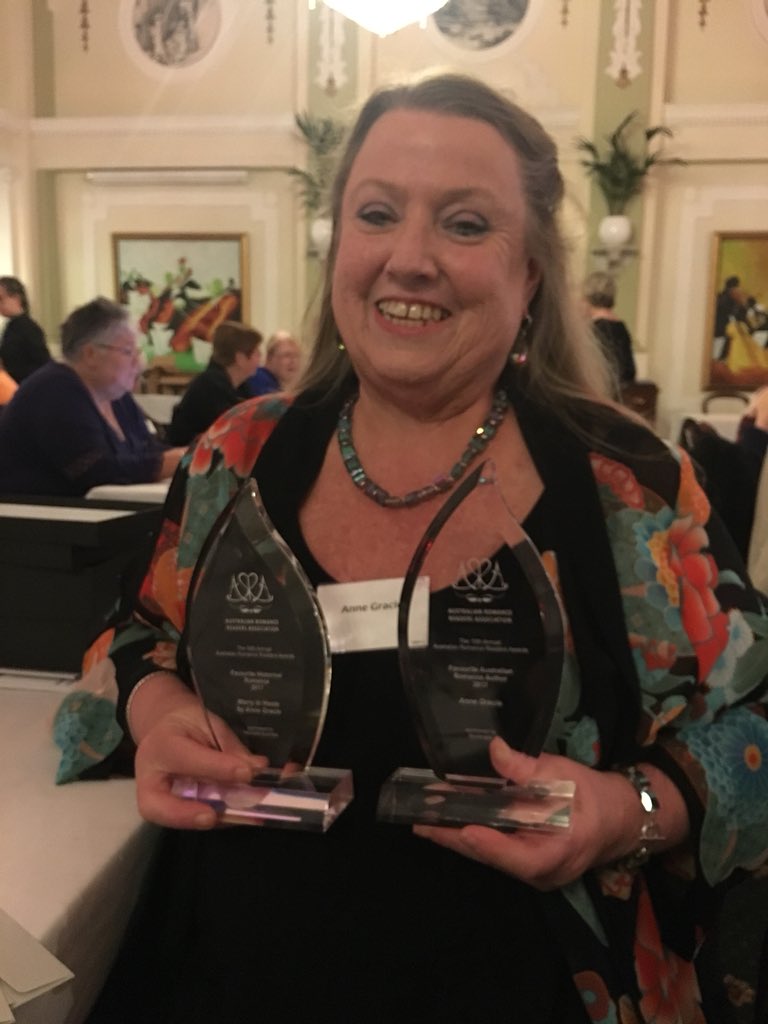 Sorry, I just discovered that this post had never gone up. So even though it’s late, I’m posting it now.

ARRA is the Australian Romance Readers Association, and each year they hold an awards night. This year it was their tenth annual awards night—congratulations ARRA!— and was held in Sydney. I flew up to attend.

I was a finalist in several awards, and was thrilled to win three — Favorite Historical (Marry In Haste), Favorite couple in a romance (Emm and Cal from Marry In Haste) and I was delighted to be named Favorite Australian Romance Author — for the third year running.

For me the day began when I met up with friends and fellow authors in the hotel. We sat around, chatting, catching up, talking books and reading and solving the problems of the world. Then we raced off to change into our outfits for the dinner. 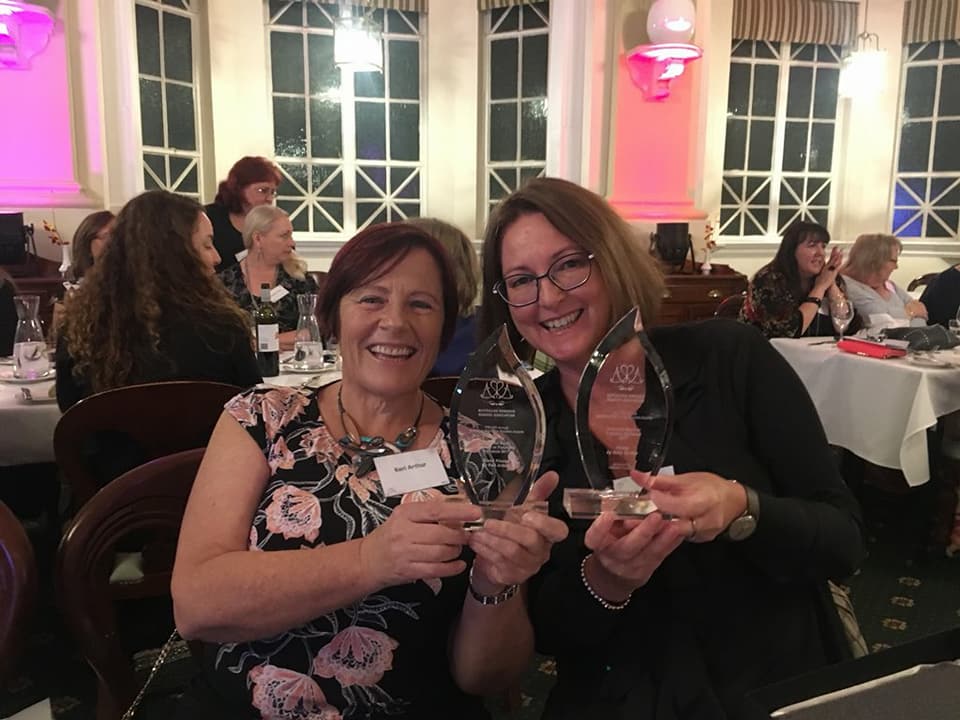 It was a fun night. I was seated with ARRA Debbie and Heather, two representatives from Booktopia (a fabulous Australian on-line bookstore (e and paper)) who were co-sponsors of the evening, and a couple of my friends — Kelly Hunter and Keri Arthur, who both won awards! There they are in the pic. on the right. 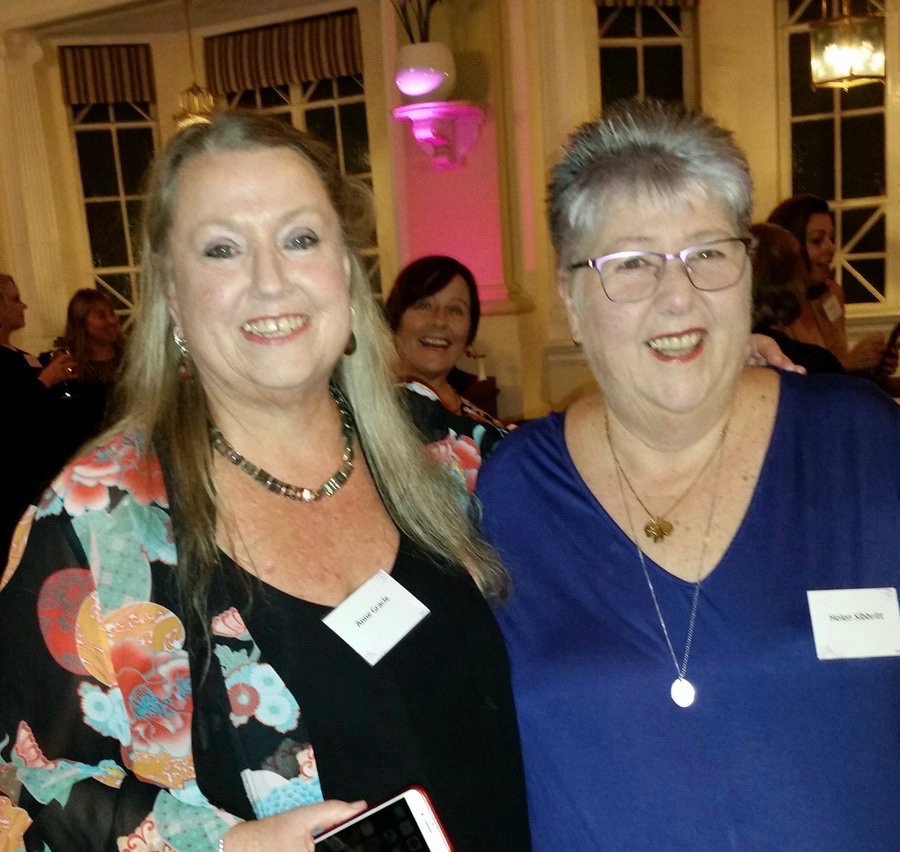 I caught up with some wonderful readers, too. Unfortunately I can’t post pics of them all, but here’s one of me with the lovely Helen Sibbritt, one of the ARRA stalwarts, who reads and reviews an amazing number of books, and at the same time is a fabulous wife, mum and grandma.

It’s  tradition at this event to have a “bling-off” but the judges surprised us all when they chose not “bling” but a fabulous skirt, with historical designs. So pretty. Here it is, with Lisa from Booktopia wearing her winning romantic skirt.

The winners of the 2017 Australian Romance Readers Awards were announced last night at our Awards Dinner in Sydney. We started the announcements off with our Members’ Choice awards:

In the main categories the winners were:

Thank you to everyone who came along to the dinner and made it such a success, and particular thanks to our event sponsor, Booktopia, as well as the award sponsors. Congratulations to all the winners!