A few years ago, a single frond of bracken popped up unexpectedly in my garden. Bracken is a wild plant, and regarded as a weed, and you almost never see it in the city, which is where I live. I have no idea how it got here, but I was intrigued, and the fronds are very pretty, so I left it to grow. 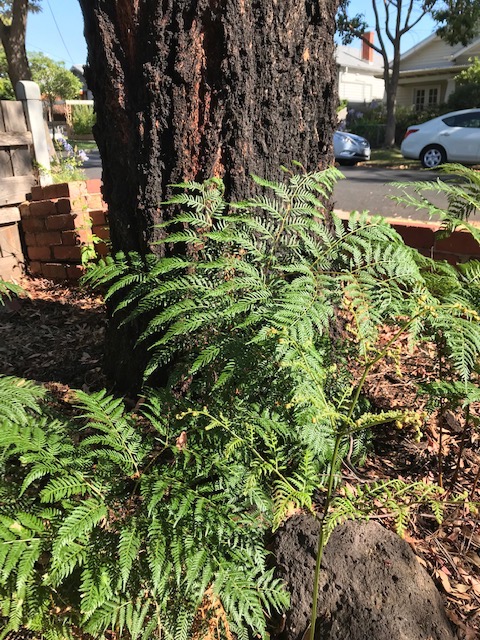 Of course, it grew and proliferated — to the extent that it blocked out a lot of my other plants. A couple of the neighborhood kids even used to sneak in to break off bunches of the fronds to make scary-looking head-dresses and other warlike things, which amused me greatly. Birnam Wood, only in bracken.

So I kept it, having a slash-back every now and then. I had one of those recently, and I expected my gardener friend would have slashed it all to the ground. (I’d just asked for a general tidy-up.) Instead, he left a couple of fronds growing here and there, especially these ones that were growing at the foot of my big ironbark (eucalyptus). Isn’t it pretty? I think of it as my little touch of bushland in the city.

My grandfather and mother would have been horrified, both at my allowing the bracken to flourish in the first place, and at my gardener friend for leaving some intact. My grandfather was a Lands Department Inspector, and one of his tasks was to ensure that farmers controlled weeds — of which bracken was one.  Bracken flourishes in cleared lands, so farmers were required to control it before it got out of hand. It’s also toxic to many farm animals — horses, pigs, cows and to a lesser extent sheep, and goats. 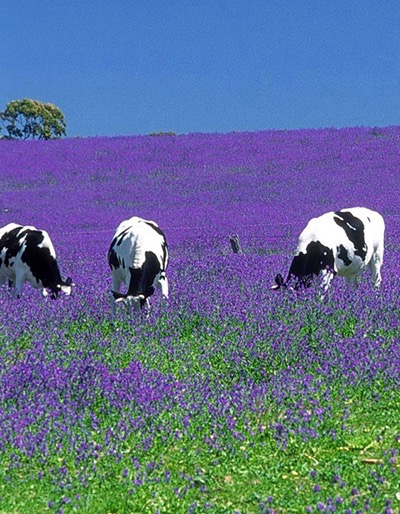 Mum must have been infected by Pop’s antipathy to weeds, because she would tsk tsk whenever we drove past some paddock that was filled with bracken or other weeds. I remember once when I, a small child, was exclaiming with delight over a mass of purple flowers growing over an ugly railway siding. “Oh how pretty,” I said (or words to that effect.)

“That’s not pretty, it’s a dreadful weed,” my mother snapped. “It’s Paterson’s Curse and whoever let it spread like that should be shot!” Named after the farming family who is said to have deliberately planted it in their garden, after importing the plant from Europe in the 1840’s, it’s also known as Salvation Jane and other names in different parts of Australia. It’s toxic to livestock, especially horses, and can cause liver damage to sheep. When handled, it can cause skin irritation in humans, and honey made solely from Paterson’s Curse flowers, though delicious, can be a problem to pregnant or breast feeding women, or if eaten in quantity.

So I’m not planning on allowing any Paterson’s curse in my garden, but the bracken can stay.

Thank you to all of you who emailed Christmas/ festive season messages of goodwill.

I truly appreciate it. 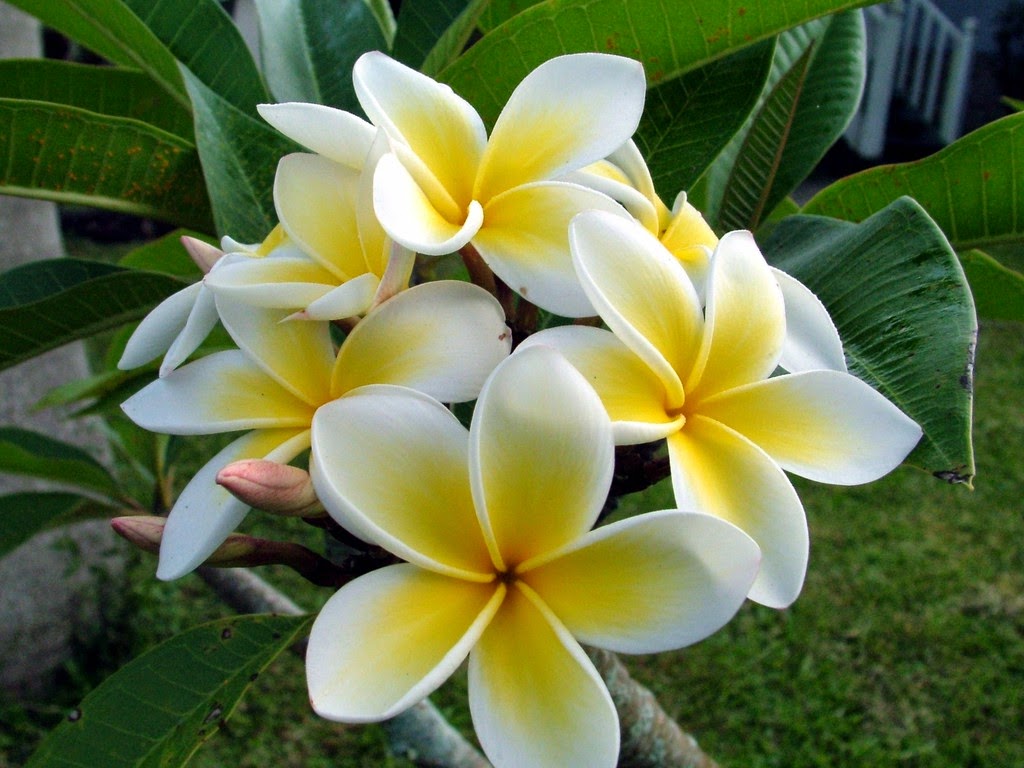 I apologize for the lack of response on my part, but from Christmas Eve until today (29th Dec) my email server was down, and I could neither receive nor send emails. The outage was almost Australia-wide, and it was so frustrating to be unable to communicate with people, especially at this time of year.

Anyway, as far as I can tell, we’re back in contact again. Fingers crossed.

I hope you enjoy this photo of frangipani flowers (also called plumeria.) They’re more tropical flowers that don’t often grow in my neck of the woods, though I have had some small success with one plant.

I first discovered them when I was eleven and my oldest sister had them in her bridal bouquet. The smell was fantastic and I’ve been in love with them ever since. Whenever I hit places with warmer climates and find frangipanis in bloom, I collect the fallen flowers and take them back to my room.