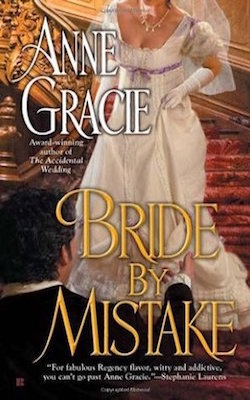 Author’s Note: The war has been over for some years. Still, many daughters of the aristocracy remain unhappily in the convent school. The truth is, many of the great families are staring ruin in the face. They have no dowries for their daughters, and family pride won’t permit them to allow their daughters to marry below their class. Now a handful of girls remain in their isolated convent school, to all intents and purposes, abandoned.

“Isabella’s husband might come for her soon,” Paloma said on a bright, let’s-change-the-subject note, and Bella groaned silently. She knew what would come next.

Alejandra gave a scornful snort. “Who, the imaginary one?”

“He’s not imaginary, is he Isabella?” Paloma turned to Bella.

Bella didn’t answer. They’d been over this a hundred, a thousand times. At first she’d fought the accusation tooth and nail, but now, after all these years, she was half inclined to think she’d dreamed it, dreamed him. But Reverend Mother had the marriage papers in her desk and his signature was on it, firm and black and clear. Lucien Alexander Ripton, Lieutenant.

“Of course he is,” Alejandra insisted. “Her tall English Lieutenant, with his broad shoulders and his so-beautiful face just like an angel!” she said in a mocking voice. “An angel, wed to Isabella Ripton?” All the girls laughed.

Bella sewed doggedly on. She understood why they pecked at her. She might attack someone too, if she was about to be married to an old, poxed vizconde

Besides, it was her own fault. She shouldn’t have told them in the first place.

It was shortly after fighting in Spain was over. Napoleon’s puppet was ejected, King Ferdinand was crowned King of Spain, and relatives turned up to collect this girl or that. The convent was full of talk of dowries and settlements, of betrothals arranged and marriages planned. The girls were abuzz with excitement and nerves and romantic speculation.

At almost sixteen, Isabella was still plagued by pimples and a flat chest, and when even the younger girls started to patronize and pity her, she could not bear it. In secret whispers in the dark one night, she’d confided in her friend, Mariana, about Lieutenant Ripton, her tall dark Englishman, as beautiful as an angel, who’d killed a man to protect Isabella, and then married her to save her from her evil cousin Ramón. Now the war was over, he would surely come for her and take her away to England.

But Mariana had whispered Isabella’s secrets to another girl, and soon it was all through the convent, and of course, nobody had believed her. Skinny, plain, Isabella Ripton, secretly married to a handsome Englishman? As if anyone would believe that.

“Has he seen a picture of you — a truthful one?”

“Why would he want to marry a girl who looks like a boy?”

“He knows what I look like. He chose me,” Bella used to tell them proudly, hoping her pimples would be gone and her breasts would grow by the time he came for her. “Nobody had to arrange it.”

“So you know nothing about him. For all you know of his family he could be some peasant!”

“He was an officer, so of course he’s not a peasant. And he’s tall, strong and fearless, the most beautiful man I ever saw in my life!”

“Beautiful?” The other girls laughed

“Beautiful like an archangel,” Bella insisted. “Beautiful and terrible. A warrior angel! Just wait till he comes, you will see.”

And some girls would continue to scoff, and some would sigh and secretly envy her.

At night, in her small, stone room on her hard, narrow bed, Bella would spin dreams of Lieutenant Ripton…

Lieutenant Ripton lay mortally wounded, and Isabella would find him and care for him, and he would be miraculously cured, and fall madly in love with her.

Lieutenant Ripton would be attacked by the enemy and Bella would stand by him, and together they would fight them off, and as the enemy fled, he would turn to her and say, “Isabella, without you my life would be over. I love you.”

Many and varied were the deeds of bravery and daring she performed in her dreams, and at the end of each one, Lieutenant Ripton would say, “Isabella, I love you.”

Day after day, week after week, Bella had prayed for Lieutenant Ripton to come — even to write, but there was no word, no sign.

Still, she would rage and defend herself, defend him — he was as beautiful as an angel, he was busy fighting, he was a hero, he was too important to be able to come just now, but he would come for her, he would!

Gradually her skin cleared up. Her breasts remained disappointingly small, and she learned from a smuggled-in looking glass that she would never be a beauty, not even pretty. Interesting was the most charitable assessment of her features.

Still Lieutenant Ripton did not come, and as the years passed, the dream of the handsome husband who would — must love her, slowly began to wither on the vine.

The truth was there, staring her in the face. Like the fathers and brothers of the other girls who remained in the convent long after the war was over, Lieutenant Ripton had taken her money and abandoned her. He was not much better than Ramón. He’d done it more kindly than Ramón, perhaps, but in the long run, the result was the same.

Some nights, lying in her hard, narrow bed, Bella secretly wept for her broken dreams. But tears did nothing, so she scrubbed them away. She would look up through her high, barred window and gaze at the stars outside.

There was a world out there and she wanted to be part of it.

The other girls continued to taunt her, teasing her about her imaginary husband. And Bella still defended him, still stubbornly claimed there was an important reason why he couldn’t come—one had one’s pride, after all— but nobody believed her, not even Bella herself. It was a routine like everything that happened in the convent.

Now she said to Alejandra, “You could come with me, if you wanted.”

“I’m leaving the convent.” Her announcement was followed by a stunned silence.

“Is he comi—” Paloma began.

“Nobody is coming for me, Paloma.” Isabella glanced at Sister Beatriz, who was still asleep, and said in a lowered voice. “I’m leaving anyway.”

“I don’t believe you. What will you do? How will you support yourself? Who will protect you? It’s dangerous—”

“I will support myself, ” Bella said. “And I will protect myself. I won’t stay here, waiting forever for someone to rescue me. Life isn’t a fairy-tale.”

“Isabella Ripton,” said a voice from the doorway.

All the girls jumped guiltily.

“Isabella,” Sister Josefina repeated as she entered the door. She was the youngest and prettiest of the nuns, closest in age to the girls, merry and lively, but dedicated to her vocation. “Tidy yourself up. Your hair is a mess. Reverend Mother wants you to come to her office at once. You have a visitor!”

“A visitor? Who?” In eight years, Bella had never had a visitor. Not since Ramón. And why would he come back after all this time?

Sister Josefina nodded. “Tall, dark, and as beautiful as an archangel.”

Bella couldn’t move a muscle. She couldn’t utter a word or even marshall a coherent thought.

“A very stern, very masculine archangel.” Sister Josefina sighed. And a blush rose on her cheeks.

« Return to Bride By Mistake

“Luke is breathtaking: tall, dark and severe. . . Isabella is funny and sparkling and sensual”

“Strong characters, snappy dialogue and a story that unfolds with such tender, sweet and exciting moments.”

“An incredible stand-alone read… Anne has a unique talent… fresh and original… I loved Isabella… And Luke? Smart, sexy, honorable, sexy, charming.. did I mention sexy?”

“Gracie pens an unconventional Regency romance with an original heroine and setting for the next Devil Riders story. This character-driven romance appeals to readers yearning for a love story with an unforgettable twist.”

“The always terrific Anne Gracie outdoes herself with Bride By Mistake. When a protective young English officer rescues a Spanish girl and marries her to save her from an abusive suitor, he never expects to live long enough for it to matter. But the war is over, the annullment is denied, and Luke Ripton has a wife he’d almost forgotten. But at least since Isabella has been living quietly in a convent, she must be modest and obedient. She isn’t! I loved Bride By Mistake. Gracie created two great characters, a high tension relationship, and a wonderfully satisfying ending. Not to be missed!”

“BRIDE BY MISTAKE is another in Ms. Gracie’s character-rich, fiery tales filled with emotion and passion leavened by charm and wit.”