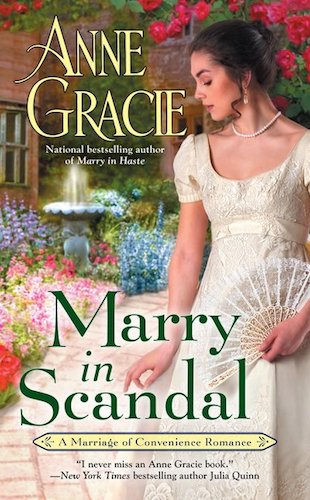 “I can never be important to any one.”
“What is to prevent you?”
“Everything—my situation—my foolishness and awkwardness.”
―Jane Austen, Mansfield Park

“What do you mean, the child is unteachable?” Lily Rutherford’s father, Lord Ashendon, narrowed his cold gray eyes at the governess standing stiffly before him. He spoke quietly, but that silky tone was the prelude to a temper his children had learned to fear.

Lily stood by her father’s desk, her back straight, her head high, biting down hard on her quivering lower lip. Showing fear in front of Papa was fatal. Rutherfords feared nothing.

Her sister, Rose, was the fearless kind of Rutherford—she waited just beyond the door, listening illicitly. Rose was supposed to be upstairs in the schoolroom, doing her lessons, but she’d whispered, “Don’t worry, Lily, I’ll protect you,” when the summons came.

Miss Glass, the governess, stood quite calmly before Papa. She’d given her notice after just two weeks, weeks that for Lily had been almost worse than those when Mama was dying. A week of tests and tears and punishment. Then more tests. And more punishments. And more tears.

“I will not waste my time on a child who cannot even read. I have standards. And I won’t take responsibility for this child’s failure to learn.”

Papa snorted. “Of course she can read. She’s what, ten, isn’t she?”

Eleven, nearly twelve, Lily thought, but she wasn’t about to contradict him. Nobody contradicted Papa, especially when his temper was roused. Her hands were shaking. She hid them in the folds of her black dress. Black for mourning, black for Mama.

“My late wife taught both the girls. She never mentioned any problem with Lily.”

Miss Glass gave a slight shrug. “I cannot help that. Lady Rose is well enough, skilled in all the ladylike arts, though she has a tendency to be careless with her embroidery and—”

Thump! Papa slammed a fist on his desk. “I don’t care about embroidery, and we’re not discussing Rose! It’s Lily we’re talking about.”

“Lady Lily is illiterate.” Miss Glass enunciated every syllable, almost with relish. Il-lit-er-ate. She’d made Lily copy it out a hundred times. Along with words like ig-nor-ant, un-ed-u-cat-ed and un-lett-ered.

All this time, Mama and Lily and Rose had kept her shameful inability a secret, hidden from Papa. But Mama was dead, and this tall, terrifying governess had come to take her place, this woman with her lists and tests, and her pale goatish eyes and the whippy little cane that she used on slow pupils—on Lily—the better to learn her lessons.

And now this, in front of Papa. A different kind of flaying, exposing Lily to her father, like a scientific specimen Lily had seen in a display once. Exposed, defenseless, mortified.

“Are you saying she is lazy?”

“She is obedient enough and strives to please, but she is unteachable. She cannot read, she cannot do simple sums, and she consistently mixes up her left from her right. As I said, Lady Lily is illiterate and nothing I have tried has made any difference.”

“Illiterate? Nonsense! Come here, Lily!” Papa pulled Lily to him. He seized a book from his desk and opened it at random. “Read that.” He waited.

Lily stared hard at the page, a lump lodged thick in her throat, searching for even one word she recognized. But as always, the letters seemed to slide under her gaze, like worms trying to rebury themselves.

“Well?” His impatience grated against her nerves.

She tried to swallow the lump, and stared harder. But all that came was a single slow tear.

Papa, frowning, seized a pen and wrote something. “Read that, then.”

Lily was shaking all over now. Tears blurred her vision, and she could barely see the word he had written. It was short, but still . . .

“Cat,” Lily whispered. Her stomach was in knots. She thought she might throw up.

“And what’s this?” He wrote something else, the letters bold and black and fierce-looking. “Read it, come on. It’s not difficult, for God’s sake! It’s three blasted letters! Three!” Tears slid down Lily’s cheeks.

“Stop it! Leave her alone!” Rose burst into the room.

“Stay out of this, Rose.” His voice was mild. Rose was Papa’s favorite.

“No, you’re upsetting her.”

“I’m upsetting her? She’s damned well upsetting me. My own daughter—a Rutherford—unable to read the simplest words!”

“Lily tries the best she can. She can read a little, but standing over her and yelling only upsets her and makes it worse.”

There was a long silence. “So it’s true, then. Your sister cannot read. At ten years of age.”

“She’s nearly twelve,” Rose said quietly. She put her arm around Lily. “You mustn’t blame her. She tries so hard to learn, she’s always tried.”

There was a long silence. “Your mother knew about this and kept it from me?”

Rose nodded. “Mama said it wasn’t Lily’s fault. That it was God’s plan for Lily.”

“To make her an imbecile?”

“She’s not an imbecile,” Rose flashed. “Lily’s not stupid, she just can’t read.”

“Is it her eyes?” He looked at Miss Glass. “Perhaps she needs spectacles.”

“I’ve tested her sight,” the governess said crisply. “She can see perfectly well. She just cannot read. Or do simple arithmetic, or tell her left from her right.”

Slowly, deliberately, Papa pushed Lily away. He wasn’t rough, but she felt a coldness coming from him. “A Rutherford, unable to read.” He looked at Lily as if he’d never seen her before, as if she were no part of him. “Unteachable.”

There was a long silence, then Papa said, “Take her upstairs, Rose.”

Rose and Lily left, but Rose left the door slightly ajar. “Shh,” she whispered. “I want to hear what they say.”

They pressed themselves as close to the door as they dared. There was some low-voiced conversation that Lily didn’t catch and then she heard Papa say, “I assumed she was normal. She can ride like a demon . . .”

They heard the clink of glass as he poured himself a drink. “What do I do with the girl now? No man will want a wife who can’t read.”

“Don’t worry, you can live with me when I’m married,” Rose whispered. Lily gave her a troubled look. She loved Rose, but . . .

Lily shivered. She didn’t know what a discreet institution was, but it sounded horrid. She loved her home. She didn’t want to be sent anywhere. They waited breathlessly for Papa’s response.

“No,” Papa said heavily. “I couldn’t do that to her. She might be an embarrassment to the family but she’s a good enough little soul.”

An embarrassment to the family? Lily’s throat closed.

Papa spoke again. “Now that their mother’s gone, someone must take them on. I don’t have time for children, let alone girls.”

“No self-respecting governess would bother with a child like that,” Miss Glass said. “A good school might take her—illiterate or not, an Earl’s daughter would add luster to their reputation.”

“What would be the point of that?”

“She might not be teachable, but they can train her to be a lady, at least.”

There was another long silence as Papa considered that. “An excellent solution. I’ll put them both in a school—I believe there are several in Bath, where my sister lives.  She’s a spinster and will be happy to keep an eye on them.”

Lily’s stomach cramped. They were both going to be sent away? Rose, too? Because Lily couldn’t read?

They heard the rustle of stiff bombazine as Miss Glass stood up. “If that is all, I’ll take my leave of you now, my lord. I have my own arrangements to make.”

“I’m so sorry, Rose,” Lily began as soon as they were out of earshot.

“Don’t be,” Rose said fiercely. “I’d rather be with you at some horrid school than stay here without you. Papa is a selfish pig. No time for girls indeed!”

“It’s not you, it’s me.” Lily swallowed and forced the words out. “I don’t think Papa loves me anymore.”

Rose put her arms around her. “I’m sure deep down he does, darling. It was just a surprise to him, that’s all. Papa likes to imagine that all Rutherfords are perfect.”

As they entered the bedchamber she and Rose shared, her gaze flew to her bride-doll, Arabella, sitting on her bed. Arabella had funny eyes—she’d been dropped once and a piece of her carved wooden eye had broken. Mama had painted the eye in again but it hadn’t quite worked. Arabella always looked a bit cross, but Lily loved her anyway.

An embarrassment to the family. No man will want her for a wife.

Half blinded by tears, Lily pulled off the elaborate, lacy dress Mama had made for Arabella, the little veil ringed with tiny beads to look like pearls. The veil ripped as she tugged it off. She threw the clothes on the floor and dumped Arabella naked on the shelf near the window. She was just a doll, a collection of cloth and painted wood, a stupid make-believe thing.

Lily and Rose went to bed early that night. Rose had tried to comfort Lily, but Lily was not to be comforted. Everything was horrid, they were going to be sent away from home, and it was all her fault.

She didn’t sleep. Papa’s words kept churning in her head, over and over.

A gleam of moonlight sliced through a gap in the curtains. The clock in the hall chimed two. Lily slipped out of bed. She picked Arabella up and carefully dressed her again.

She smoothed the doll’s carved and painted hair. “Don’t worry, Arabella,” she whispered. “We will get married. Papa is wrong. Someone will love us, even if we’re not perfect. I promise.”

« Return to Marry in Scandal